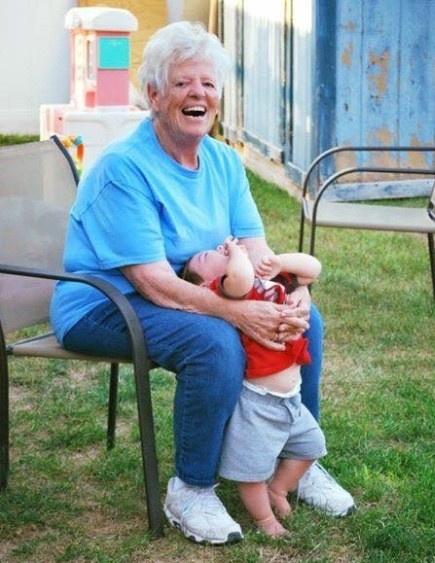 On July 3, 2017, Verna Turnbow Howard returned to her Heavenly Father after a long struggle with dementia and a short battle with pancreatic cancer. In spite of the many challenges she faced in her life, she always focused on loving and serving others.

Born on October 12, 1937 to Alden and LaVee Turnbow, she went on to live a happy life filled with both difficulties and joy. She married her sweetheart, Donovan Earl Howard, Sr. on September 25, 1956 and they were later sealed in the Los Angeles Temple. Together, Don and Verna raised four children who enjoyed all the blessings that two loving parents could give. In her later years, Verna's greatest joy was found in spending time with her grandchildren and great grandchildren. She was an amazing wife, mother, grandmother, and truly a woman of God.

Verna was deeply devoted to her Heavenly Father and the Church of Jesus Christ of Latter Day Saints.  She held many callings but the one she enjoyed most was teaching Relief Society. She had a particular love for children and used her talents with them whenever possible. There are many people who, though now grown, have fond memories of being cared for by "Aunt Verna".

Verna is preceded in death by her husband, her parents, her daughter, Belinda; her sister, Ruby Burtson; and her brother-in-law, James Howard.

The family would like to give special thanks to the staff of Family Tree Assisted Living Center, West Point, Utah, for the love and support of her emotional and physical needs.

In lieu of flowers, please consider a donation to help with funeral costs.

To order memorial trees or send flowers to the family in memory of Verna Howard, please visit our flower store.