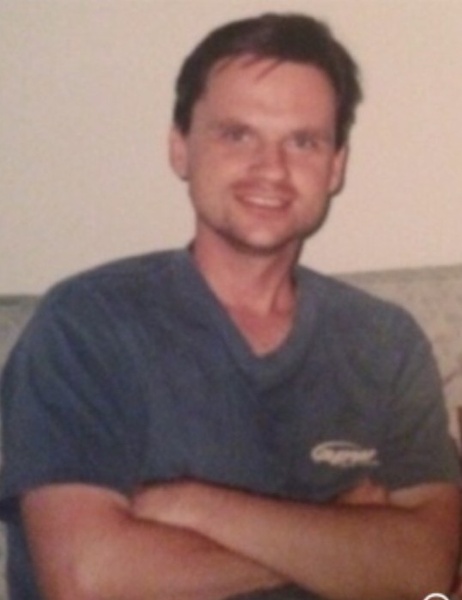 Theron Owen Jack of North Salt Lake, Utah, with family by his side, returned to his heavenly home March 19th, 2019.

Theron was a wonderful son and brother to his family.  His parents were always proud of him and his accomplishments as well as his righteous endeavors, insight into doctrine and his strong testimony of the gospel.  He was a member of The Church of Jesus Christ of Latter-day Saints.  He enjoyed discussing and researching what the church teaches as well as was seen on a daily basis, numerous times of day, reading the scriptures whenever he had a minute.  He enjoyed growing up in the church and tried to be involved in all it has to offer such as taking seminary and institute, participating in all of his church classes, fulfilling his church callings the best he could, and going on a mission for the church to Tampico, Mexico.  He especially loved his mission and the people he served.  He was visited later by his native companions and others who were touched by him, in order to keep in touch and thank him for his efforts.  He kept his Spanish fluent and used it as needed throughout his life.

He graduated from Woods Cross High School and the University of Utah with a bachelor’s degree in Health & Behavioral Science.  He worked as a counselor for those court ordered to receive rehab on drug addiction convictions as well as at a suicide call center in Ogden Utah. He enjoyed very much the ability to help those in need, and at times was look to as the only person who was able to give compassion needed to the mentally ill, he dealt with.

He was a wonderful sibling to his brother and sister.  He was always willing to jump in and help wherever needed. Because of his kindness and compassion, many times he did things he wasn’t excited at all to do, just so a sibling, parent, or niece or nephew had a companion in the task.  His sister, Janeal, remembers him running a couple miles with her after school, even though she later found out he hated running, just so she would have someone to run with, or would go to someplace he had absolutely no interest in, such as a fabric store and carry around bolts of fabric so she didn’t have to go alone.  His brother, Vince struggled with a social anxiety disorder which took a lot of patience to deal with.  Theron was able to take the time necessary to listen to Vince and help Vince through his anxiety. Theron was looked to many times as an example of good and righteous living, and was especially looked to by his siblings as a source of gospel knowledge and insight.

Theron was also a lot of fun! He loved to tell jokes and stories along with Vince, and keep life happy and full of fun.  He also enjoyed some sports when he had the opportunity to play them, fishing with his dad and Vince throughout his life, and loved to be included in anything fun or social which was available at the time.  He loved to camped, loved animals and nature, enjoyed a good movie or sitcom, loved to fish  and hike, loved to get together with family, loved to go on trips, loved swimming, and anything active, thought all of his nieces and nephews were cute and fun, and looked forward to a family of his own someday.

He was a good friend, and showed compassion to the depressed, picked on or disabled people in his life, giving them a companion to confide in and a friend to spend time with or have fun with.  All who knew Theron including family, friends and co-workers, knew of his kind nature and genuine caring ability for all, as well as his sense of humor and love of adventure and fun.  All appreciate the time and love he showed for them.

He was looking for an eternal companion and dated a few girls seriously, but they never seemed like the one for him, and eventually the relationship would come to an end, which was a sad disappointment for him.

He was able to show love and be there for his nieces and nephews, and spent a lot of time playing with them, taking them on walks, fishing with them, or whatever they wanted to do.  They will always have those fond memories of the time he spent with them.

At the age of 35, tragedy hit and he was revived from a near death experience, which was never identified the cause of, regardless of the extensive effort given by the medical specialists.  Due to this, Theron had severe brain damage, which left him in a comatose state.  Luckily, he was able to be awakened and respond, but had little more ability than that.  For 15 years he was in that state, wheelchair bound, unable to do anything for himself.  He relied on others for his care.  He was in South Davis Community Hospital in Bountiful for 10 years, and then Provo Rehab and Nursing for nearly 5 years.  With his dad by his side on a daily basis, as well as his mom, brother and sister there, multiple times a week, he endured a life of total dependence on others with little ability to make known any of his wishes for his care. Gratefully there were others who cared for him too, workers at the facilities as well as his roommate, Jack Bailey’s family who took interest in his care, especially when we weren’t there.  We think Jack and Theron had a relationship which went beyond the realms of human ability, and feel they were able at times, to communicate when no one else could with Theron.  We consider them family members and we were able to support each other through the serious and devastating hardships both families were dealing with.

Eventually, although all involved tried hard to keep him healthy, hoping for a miracle in the way we considered a miracle to be, his body had run down due to a septic infection and was being kept alive artificially.  This was never the intent of the family, and once this was made known, lots of prayers were given as well as temple attendance in order to receive the needed personal revelation as to what to do. Janeal, being the only living immediate family member, made the decision to remove the life support. As hard as it is to let a person go, knowing the person you remember as the loving, kind, fun person he was, it was still such peace to allow Theron to enter the Spirit World and be free of a broken body, as well as allow him to see his family who had already passed before him.  These are the times we are so beyond grateful for the knowledge we have of a loving Heavenly Father who does only what is best for his children.  To also know the truthfulness of the Gospel and know of the direction we need to take through the ability to receive revelation on ours and our loved one’s behalf is everything.

I would like to recognize and thank all who helped with Theron’s care, including those in all departments at South Davis as well as Provo Rehab.  I would love to be able to name personally all those who I know showed exceptional compassion and love for him and our family, but don’t dare being I’m afraid someone would be left out.  Know that our family and I, as well as Theron know who you are and have a special place in our hearts for you.

To order memorial trees or send flowers to the family in memory of Theron Jack, please visit our flower store.