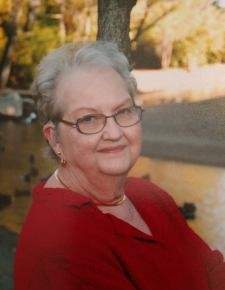 
Thelma was born February 5, 1931, in Wayside, Nebraska, to Jacob Johannes Nielsen and Maggie Pearl Thrasher Nielsen. She married Francis Ray Gustafson on September 5, 1948 in Chadron, Nebraska and were later sealed in the Salt Lake LDS Temple.


Thelma was fiercely loyal to her family. She enjoyed road trips to visit family. She was well known for her brownies and pumpkin muffins, as well as her sewing, cross-stitch, and embroidery talents, which she generously shared by making many gifts for others. She was an especially devoted wife, mother, grandmother, and great-grandmother. She was active in the LDS Church and served in many callings.  Thelma’s favorite and most enjoyable calling was as the ward’s self-designated “official hugger,” ensuring that each member received a warm embrace and smile before each week’s services.

To order memorial trees or send flowers to the family in memory of Thelma Gustafson, please visit our flower store.