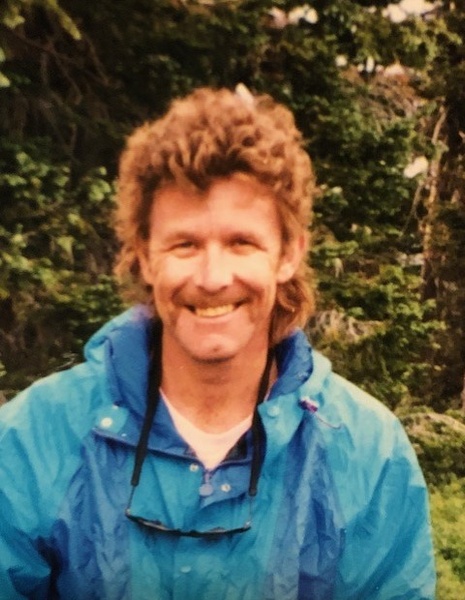 After a 2 year battle with cancer, Steven Kyle passed away peacefully on January 6, 2018 in SLC UT. He was 60 years old.

Steve was born January 11,1957 in Salt Lake City Utah to his parents Bill and Faye Kyle. He graduated from Granger High School. Steve was a very adventurous man from birth. He loved exploring and had no fear. At age 4 in a valiant attempt to slow him down his mother put cowboy boots on him, of course that did not work. When he was a teenager he didn't hesitate to put his little brothers Shaun and Jason on his motorcycle and take them for rides in the fields near their home. He loved spending time with his brothers, father and cousins fishing and camping. Throughout his life he continued to spend much of his time enjoying the outdoors. He would never pass up an opportunity to go camping in the Uintas. He loved four wheeling in his truck and on his bike trying to conquer the steepest hills and biggest mud puddles. He loved exploring caves with his brothers and cousins.  If there was a snake around he was sure to find it, catch it, show it off and then let it go. He adored his daughters Jennie and Cristy and was sure to take them on his many adventures camping, fishing, lots of trips to Zions National Park to hike Angels Landing, swim in the Emerald Pools and even a hike up the Narrows just to float down it in tubes. Although he seemed to be a rough and tough guy he taught his daughters to enjoy the outdoors and respect nature.

Everyone that came in contact with Steve loved him and respected him. He was very personable and was kind to all. His daughters will tell you he never raised his voice …. Unless he got cut off in traffic. Steve and his wife Joyce shared their love of the outdoors and their pets. They spent a lot of time camping and enjoying life. Who would have thought that he was secretly the cat whisperer? During his last moments, Joyce was at his side holding his hand as he went peacefully to be with his family in Heaven.

He is survived by his wife Joyce Kyle, his daughters Jennie Glade (Shaun) and Cristy DeFeudis (Todd), his grandchildren Damon Kyle, Brennen Glade, Conner Glade, Kameron Glade, Lilly DeFeudis, Tyler DeFeudis, Kylee Glade, Spencer DeFeudis and William DeFeudis. He is also survived by his brothers Shaun and Jason and his sisters Sandra and Sherry. He is preceded in death by his father Bill, mother Faye and his brother Scott.

He will be deeply missed and we will make sure we continue to enjoy the same life he loved.

His wife and daughters would appreciate any donations to help pay for funeral costs in lieu of flowers. You can donate on this website at the top of the page under the donation tab.

Viewing and open house will be held at the LDS Chapel located at 3274 Hillsdale Drive West Valley City UT on Saturday January 13th 10 am to 11:30 am.

Interment will be at Valley View Memorial Park located at 4335 West 4100 South West Valley City UT after the open house and viewing.

To order memorial trees or send flowers to the family in memory of Steven Kyle, please visit our flower store.