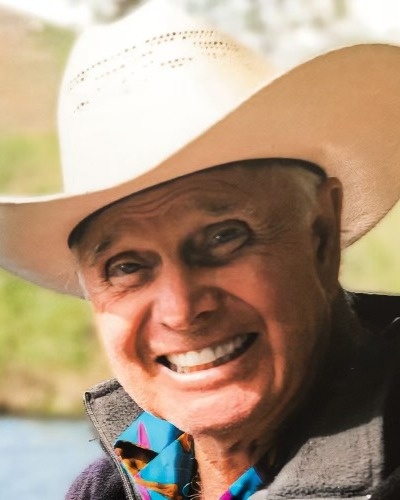 The Great Putnam Adventure came to an end with the passing of Stephen Newman Putnam on September 18, 2022. His life was a great adventure filled with risks and rewards, to himself and others, all of which he enjoyed in his own way and on his own terms.

Stephen was born to Ralph Putnam and Florence Jessie Newman on January 27, 1932, the fourth of five brothers followed by three sisters. In his early years he experienced plenty of adventures and soon learned to love horses which were always a big part of his life. He was a true cowboy with favorites Sheba and Foreo among the dozens of horses owned over his lifetime.

Stephen attended West High School, followed by service as a missionary for The Church of Jesus Christ of Latter-Day Saints in the Saskatchewan Canada mission. Thus began his love of missionary work, which continued throughout his life. Wherever Stephen traveled, he took along several copies of The Book of Mormon to give to others as he explained his love of the gospel of Jesus Christ. Stephen also served in the baptistry of the Salt Lake Temple for 18 years.

Stephen married his high school sweetheart, Shirley Bengtzen, in the Salt Lake Temple on March 2, 1953, and thus began the greatest adventure of his life. Together they had eight children, each of whom they taught to work hard and love and care for one another. Stephen, always the entrepreneur, tried several careers, from mortician to car and vacuum salesman, from owner of a carpet store and boat store to selling and installing swimming pools throughout the Salt Lake Valley. He found his niche when he founded The Sportsman’s Club of America, offering hunting, fishing and other outdoor adventures to hundreds of members over the years.

In 1966, Stephen and Shirley bought Spirit Lake Lodge, their summer home and “dude ranch”. The family worked hard to care for customers and visitors, providing horseback rides and pack trips, boating, fishing and hunting. From chopping wood for stoves in cabins, to wrangling and shoeing horses, repairing tack, cleaning cabins and outhouses, among many other chores, the Putnam children, and many other young people, learned to work and play together in the high Uinta Mountains. Shirley cooked and served homemade food including bread and hamburger buns and cinnamon rolls all baked in a wood-burning stove. Family members still camp at Spirit Lake each year, enjoying great adventures in the mountains they love.

With the sale of the club and the lodge, Stephen and Shirley headed off to New Jersey to serve a mission together for The Church of Jesus Christ of Latter-Day Saints. There, they touched the lives of Church members, missionaries, and many other people through their service. Upon their return home, they lived in St. George where they would spend their winter months while spending summers at their cabin on the Provo River. In their homes, wherever they have been, they have provided love, service, opportunity for fun and work for all of their children, grandchildren, friends and those who were “adopted” into the Putnam clan, drawn into the family by love.

Stephen was preceded in death by his beloved wife of 65 years, Shirley; brothers, Ralph, Robert, Gerald, and Paul, and by Dianna (daughter in-law), Maddison (granddaughter) and Dallas (grandson).

The family extends appreciation and love to those who cared for their father in his final days including his wife Virginia, staff at Rocky Mountain Rehab Center and Anthology Senior Living of South Jordan.

Stephen’s Great Putnam Adventure may have ended in this life, but another great adventure for him and Shirley has just begun. May each of us enjoy our own great adventure, blessed by our love for them and memories of our time together.

To order memorial trees or send flowers to the family in memory of Stephen Newman Putnam, please visit our flower store.

Interment will be after the funeral service.