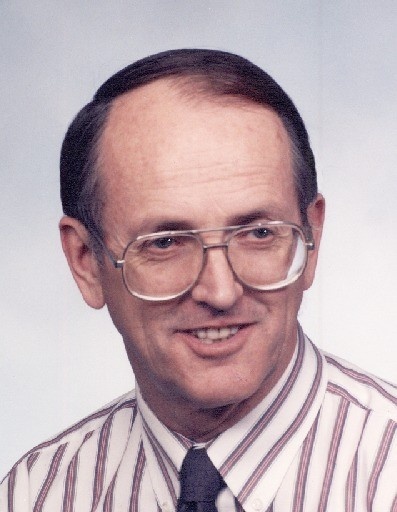 He is preceded in death by his parents Elva Leone Bingham and Royes John Petersen; brothers Royes John and Boyd Allan; and sisters Donna Jean Pack and Elva Gae Cowley.

Stephen Bingham Petersen was born in Brigham City, Utah on December 20,1941, to Elva Leone Bingham and Royes John Petersen. When Steve was seven years old (11 June 1949), he moved with his family from Brigham City, Utah to Las Vegas, Nevada where he grew up and attended school. At that time, Las Vegas was still quite a small community.  As a young man, Steve mowed lawns for his father in the early mornings, then off he would go to seminary. He joined the ROTC while in High School.  It was during this time that the atomic bombs were being set off out at the Nevada Test Site. Steve remembers to watching 50 or 60 of them fill the air at that time. (Doctors believe this caused him to have the bone cancer that later took over his body.)  Steve graduated from Las Vegas High School in 1960.

That fall, he attended BYU for two years before serving a full time LDS mission to the Fiji Islands. While there, he extended his mission for an additional 6 months, serving three years in all. Steve had the opportunity while on his mission to help translate the Book of Mormon into the Fijian Language.

After his mission, Steve returned to BYU and received his Bachelor of Science Degree on August 17, 1967.  As soon as he finished college, he signed up to go work for Uncle Sam in the Army – he felt it best to sign up for the military career he wanted rather than be drafted. His military service was a real adventure, one on which he wore many hats. He was on a scuba diving team tasked to search for and retrieve persons who had drowned.  Steve also served as an assistant LDS chaplain.  For a time, he served as a base secretary, and also work as a swimming instructor for the children and wives on the base. In that capacity, he was able to certify boy scouts for their swimming merit badges. Steve served our country honorably from September 1967 to August 1969.

Steve married his sweetheart on 14 December 1985, and became an instant father to her two teenage children.  No one could have asked for a better father.  Once his daughter was ask and assigned to speak in an MIA (church) class, on what was the hardest thing about combining two families and adjusting to a new family situation, her response was: “Trying to remember to put four plates on the table instead of three!”  Later, Steve loved and adored his grandchildren and enjoyed them as much as he was allowed to. One of his favorite pastimes was watching videos of his grandchildren over and over again.

One of Steve’s many gifts was the ability to love all who were around him and accept them for who and what they were.  It simply didn’t matter to him what age or size they were, he loved them exactly as they were with no expectations. He especially loved children – he loved everything about them. There wasn’t anyone Steve didn’t like. He was sweet and kind to all he knew and served them with love and respect.

Steve used to say he didn’t know anything about chasing pointy or round balls around on the field, but he was a real athlete.  You name it, he's done it - from rappelling, Scuba diving, water skiing, canoeing, river rafting, surfing, flying planes and helicopters, sky diving, hand gliding, Search and Rescue at BYU, fighting forest fires, Mountain climbing, spelunking-Cave exploring and more. He also went over to Berkeley California and took classes in homeopathy medicine. And Acupuncture classes from a Chinese Dr. in Las Vegas. Steve owned many businesses: a scuba diving shop, an In-and-out parts business and a print shop, to name a few. He and his brother even carried a sign under the helicopter with advertising for different businesses in Las Vegas for a short while. Steve certified to be an E.M T. He made friends with a Dr. Mendenhall in Las Vegas who would let Steve assist him in surgery at the hospital. The job he held the longest was working for Clark County in Las Vegas Nevada, inspecting zoning and plans.  When he applied for the job, Steve just went and took the test without studying for it.  He received the highest score on the test -- even higher than those who had schooling in the area -- and that is how he got the job. He also had a real estate license, and even sold life insurance for Metropolitan insurance company for a bit.

One of Steve’s theories was that a person should be able to carry on a conversation with anybody on at least one subject of interest to that person.  He was like a walking dictionary.  In fact, Steve said that as a child he loved to read the Dictionary and Encyclopedia. He spent a lot of time looking up every word to see what all their different meanings were, and couldn’t figure out why his wife didn’t like to do the same. He loved photography. Steve loved maps and also taught the kids how to use a compass in scouting as they earned their merit badges.

Steve had earned his Eagle Scout award and loved Scouting, encouraging many young men to become Eagle Scouts as he served many, many years as a Boy Scout Leader. As an EMT, Steve taught and passed off the kids that earned their first aid badges in the stake to receive that merit badge. He loved and enjoyed the youth and spent many years in the scouting program in the LDS church. It was a great compliment to him that the Stake Primary President he served with, Carrie Manis, said that she just loved him – “He was so good with the Cub Scouts and 11-year-old Scout stuff and was very kind to work with!” John Manis also said that Steve was a very interesting guy and that there were not many things he didn’t know about or couldn’t do. Many a boy scout loved him dearly.

Over the years, Steve served in many ward and stake callings in the LDS church, including serving as executive secretary to at least five different bishoprics, and later as Stake Clerk for the Sunrise Stake. The one job he loved the most was being over the Stake Baptisms for the children. He felt that they were really spiritual and he loved to see the children be excited about getting baptized. There was one calling he really wanted but didn’t get called to, and that was Church Librarian.  But as a consolation prize, he did get to help with the Library through his wife, when she was called to the position of Stake Librarian, with four buildings worth of libraries to tend to.  He would also have loved to be in the nursery - as long as he didn’t have to change dippers. Steve served in the Bishopric in Las Vegas with Bishop Bingham, and on the Sunrise Stake High Council.  He served honorably and with love and dedication in whatever calling he accepted.
Steve took cared of his mother and father in their older years, he served them lovingly and faithfully, his father was sick for 8 years. Steve always tried to make his parents lives more pleasant an easier.

After Steve’s retirement, he lived in Bountiful, Utah. His health became increasingly problematic, and as of recent he spent several weeks in and out of the hospital for testing and treatment. He passed away at home on November 7, 2019 at 11:42 p.m.

Stephen Bingham Petersen will truly be missed. He was dearly loved by his family and friends.

To order memorial trees or send flowers to the family in memory of Stephen Petersen, please visit our flower store.