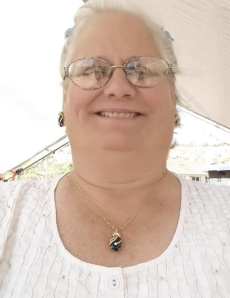 Passed away on Thursday, December 2nd, in the arms of her husband. She died from complications from the monster COVID in St. George, Utah. Born February 16th 1961 in Salt Lake City, Utah to her parents Ivan Delos Jensen and Jearaldine Seyersdahl She was the 4th of 5 children, plus 3 half siblings from subsequent marriages after the divorce of her father and mother.

She was preceded in death by her father Ivan Jensen, her mother Jearaldine Seyersdahl Hobbs, her sister Myra Jean (Jeanie) Hardy and her grandson Taylor Hardy.

She is survived by her husband Randal Hardy, her sons Benjamin Hardy (Sapphira Hardy), Joseph Hardy (Jasmine Hardy), Her Step mom Jean Jensen (She did not see her as a step mom, but a true loving mother), and her siblings Gary Jensen, Terry Jensen and Sheila Jensen, Her half-brothers Dairus Jensen, Nathen Hobbs and Nolan Hobbs. And 10 Grandchildren, all of whom she thought the world of and spent as much time as she could with them: Benjamin, Gabel, Bethanie, Nicholas, Todd, KayeLynne, Donald, Bellamy, Justin and Talia.

She lived in numerous places as a child, mostly in the Salt Lake Valley in Utah but a few of which were in Midland, Michigan. Most of her teen years she lived in the Holladay area in Salt Lake, however in her later teen years her family moved to West Jordan Utah. She graduated high school from Bingham High. In 1979 she met and fell in love with Randal Hardy. 7 months later, Randal left to serve a mission and she waited for him. Within 3 days of his return they were engaged, and married 5 months later. She married the love of her life, her husband Randal Loyde Hardy on September 16th 1982 in South Jordan, Utah, in the Jordan River Temple. They then lived in the Sugarhouse area of Salt Lake for the next almost 12 years. About 11 years after their marriage, they adopted two little boys, Benjamin Loyde Hardy and Joseph Randal Hardy. In July of 1994 they moved and landed in Apple Valley and have lived there ever since, never regretting their choice. They have always had animals, gardens, and many other projects to keep them busy on their 1 acre mini farm.

Shelly is a faithful member of The Church of Jesus Christ Of Latter Day Saints, and as such has had the opportunity to serve in many callings and positions. Her most cherished were 37 years in the Young Women program (mostly as Girls Camp Director, but also other positions including the YW president). She also served many years in the Boy Scouts.

Through the last 5 years of her life she endured numerous health issues that caused much pain and discomfort Starting it off with a broken shoulder which led to a shoulder replacement. Then food poisoning which led to Guillain-Barre syndrome, from which she never fully recovered. It made it difficult for her to do many things. She followed those things with a broken foot, a broken toe, and a few sprains in her legs and feet etc. She even had a cancer scare that included biopsies. And through all that, she always had a smile and seldom showed the pain that she was in.

She was the kind of person everyone loved, with a bright personality and a giving and caring heart. Always thinking of others before herself and wanting to help others, even when she couldn’t physically do it.

We are inviting you to a scheduled Zoom meeting.

To order memorial trees or send flowers to the family in memory of Shelly Hardy, please visit our flower store.