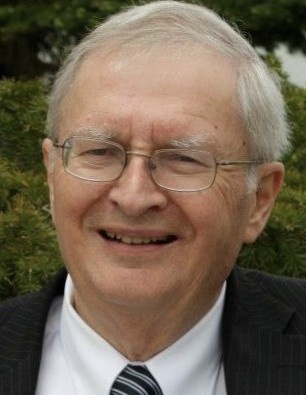 Roy Richard Chapman, 77, Stansbury Park, returned to his Heavenly Father in his home, surrounded by his family, and was reunited with his parents and brother on Feb. 26, 2018. Born in Newport, Mich., on Nov. 14, 1940, Roy was the son of Richard Finley and Mildred Zemanek Chapman. Roy grew up in Monroe County, helping on the family farm, and working a country newspaper route before graduating from Monroe High School in 1959. Wanting to see the world, he enlisted in the U.S. Air Force and was stationed in Montana where at age 19 he eventually joined The Church of Jesus Christ of Latter-day Saints. His military service took him to England where his job was to guard planes at the base. While there he met and married Julie G. Talbot on Nov. 3, 1962, in Hyde Park Chapel before being sealed the same day in the London England Temple. They celebrated their 55th anniversary. The couple returned to the United States in 1964 and lived in Oakland, California, before moving to Provo, Utah, where Roy completed his bachelor’s degree in human resources at Brigham Young University. He initially worked for Xerox and his career took him first to Arizona and then to Salt Lake City. Roy eventually joined the HR department at the headquarters of The Church of Jesus Christ of Latter-day Saints where he worked in various roles for many years before retiring in 2002. Roy and his wife next served a full-time mission back in England. Upon returning, the couple moved to Stansbury Park where they enjoyed volunteering, traveling, spending time with friends and family, and continuing in their church service. Roy’s greatest joys were his family, vast book collection, time with friends and serving in the Church. He twice served as Bishop and most recently as a missionary for the church’s employment department. A constant student, Roy was a voracious reader of all kinds of literature and loved discussing world and church history. A wonderful, involved and caring father to his five daughters, Roy will be remembered for his sense of humor, love of a good deal and the latest technology, care and concern for others, his devotion to his family and his unwavering testimony.

To order memorial trees or send flowers to the family in memory of Roy Chapman, please visit our flower store.