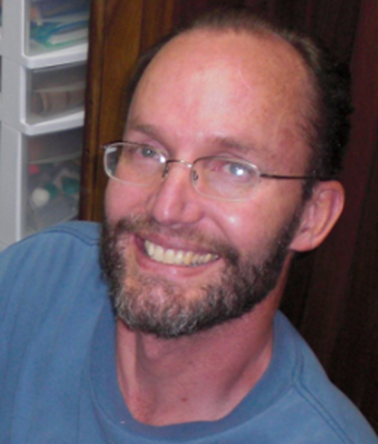 My sweet husband Roger Scott Fellows was born in Salt Lake City in February 1959; he passed away peacefully in our home on June 20, 2020.  There will be a graveside service at 2:30 pm on June 27 at Mt. McCaleb Cemetery in Mackay, Idaho.  He was naturally athletic, and had a brilliant mathematical mind.  He served a mission for The Church of Jesus Christ of Latter-day Saints to South Korea from 1978 to 1980; he learned to love the humble people he taught, and even learned to love their very spicy food.

He married Patricia (Patti) Veronica Lury in October 1982 while studying accounting at the University of Utah.  They had their first two children while still in school, then after graduation they moved to Houston, Texas where Roger worked for the then-revered firm of Arthur Andersen (he had nothing to do with their downfall !).  In January 1989, on the day their third child was born, Roger was diagnosed with leukemia; their last child was born in December of that same year.

Despite his remarkable capacities, Roger had to go on disability, and was never able to be employed again.  About five years later, he underwent a bone marrow transplant, with marrow donated by his sister.  That new marrow made him much more susceptible to mosquito bites, and he became much more compassionate for what she had to endure throughout her life.

Roger loved playing basketball as a youth and was extremely talented. He taught his sons to play as well. He also had a great love of sports cars and motorcycle. He had to sell his beloved bike when he started to feel Patti’s belly getting bigger while riding. He would regularly stay up late and talk with his kids as teenagers. He built furniture for his children that they continue to use today. Before he got cancer he and a friend built bunk beds that his grandkids still sleep on. They are extremely sturdy and well built!  He loved gardening and when his grandchildren visited him in Utah he let them pick peaches and any other fruit or vegetables they could eat.

Roger and Patti divorced in 2006.  In 2007 he met me over the internet (that was a weird thing to do back then…but it worked out great for us).  We married in 2007 and he moved to Salt Lake again to live with me here.

Nothing intimidated Roger.  He was always a creator of stunning woodworking projects, from music boxes to china hutches.  He took his love of wood and, after watching lots of YouTube videos by skilled construction workers, built by hand a huge shop in their backyard.  His declining health prevented him from totally finishing that woodworking shop, but he and his beloved electrician brother got it very close to being ready to move in his big machines and release his creativity and skill on the beautiful wood he loved.

During the joyful 13 years he and I were married, he taught me powerful lessons of love, acceptance, forgiveness, and communication.  He made me laugh, and made my heart happy.  That joyfulness continues, and will remain with me forever.  I’ll take it with me to my own grave, and will then be able to be reunited with Rog, when we can live in happiness and health.  We are two people blessed to have found each other later in life; we helped heal each other, loved one another, and were united in our faith in the saving power of Jesus Christ, and the sealing power that has fused us together forever.

These are Roger’s family members:

To order memorial trees or send flowers to the family in memory of Roger Fellows, please visit our flower store.