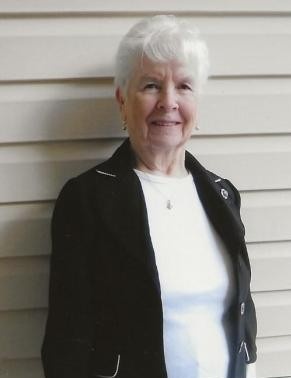 Patricia, beloved mother, grandmother, aunt, sister and friend, passed through the veil into the arms of her Savior on December 11, 2019.

Born to LaVon Vivian and Clifford  Septamus Urry on February 4, 1934, in Murray Utah.  She was the eldest of 3 children.  By the time she was in the 10th grade, she had attended 10 schools, as the family moved often.   She graduated from Granite High School and attended BYU where she eventually graduated with a BS in Nursing in 1969.  She married Brigham Marvis Lindsay and had 4 children, Diane, Craig, Michele and Bryan.  They later divorced.  Patricia married the love of her life and eternal companion, John Adrian Ewing, June 1st 1965.   They added another son, Jeffrey.  Her desire for education was ever present in her life, many times reading the dictionary and encyclopedia.  Patricia worked as a nurse at LDS Hospital, Cottonwood Hospital and ended her career at Primary Children’s Hospital in the NICU Pulmonary Unit.   She served several missions for the Church of Jesus Christ of Latter Day Saints, including a Stake Mission in Oregon, four years at the Jordan River Temple, 18 months in the Samara Russia Mission and the Arizona Tucson Mission, and three years at the Church Office Building.  Patricia lived an exemplary life, sharing her many talents with others including knitting, crocheting, embroidery and making Ukrainian Eggs.  She loved to cook and bake.  When her children were grown, she often borrowed neighbors’ children to make cookies.  She was a 4-H leader for her children and their friends and for her grandchildren.  She loved Nascar and the races.  She lovingly cared for dad and her mother in their final years.  Most importantly, she loved her family.  She attended many concerts, plays, recitals, sports events, etc. Patricia helped kids learn to read at Vista and Redwood Elementary Schools.  She also helped in her grandchildrens’ classrooms; she was “Granma Pat” to all.  She loved to travel and visited many places, including Japan, Spain, Ireland, England, Germany, France, Hawaii, Alaska and more.  Preceded in death by her sweetheart John and son, Jeffrey.   She is survived by her sister Margaret (Ronald) and several nieces;  children, Diane (Steve), Craig (Kathy), Michele (Don) and Bryan (Cathy); 18 grandchildren, 32 great grandchildren and 1 great, great grandson.  All of whom she loved with all her heart.

Interment will be at the Sandy City Cemetery.

To order memorial trees or send flowers to the family in memory of Patricia Ewing, please visit our flower store.