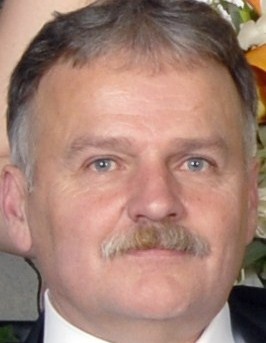 Norman J. Ogaard, Jr. 64,of Salt lake City returned home the evening of Monday February 25, 2019, while surrounded by his loved ones. Norman fought a long battle to cancer. He was born June 24,1954 in Salt Lake City to Norman J. and Selma Eudora Ogaard, both proceeded in death. Norm married Darlene Rose Griego on April 4, 1981. Norman owned Velvet Touch Furniture, Mfg. for many years along with his brother Ron. He was well respected in the industry and there wasn't anything he couldn't build. He had a passion for history, astronomy, coin collecting, and right wing politics. He enjoyed weekend trips,and California family vacations, especially Disneyland. He was spontaneous when it came to camping and could pack a trip in an hour. He coached his kids little league and made sure to bring flowers for each dance recital. He was also a loyal fan to the Philadelphia Eagles. His legacy will live on in his children and his most adored treasure, his grand-babies. Norm leaves behind his wife Darlene, sons Norman Ogaard III (Marci), Neil Ogaard, Joshua Ogaard (Jordanna), his one and only favorite daughter Charise Pearce (Preston), 15 grandchildren and 2 great-grandchildren, sisters, Suzette Penman (Terry), Charise Gonzales (Joe), Lisa Everts (Mike Olsen), as well as numerous nieces and nephews. He was also known as "Grandpa" to many others. Norm was welcomed in paradise by his parents, his son Christopher, Baby daughter Paula (for the first time), brothers Mike and Ron, and Niece Christina. A celebration of life will be held at the LDS Woodledge Ward 4444 S Early Duke Dr, on Saturday March 2, 2019 at 11:00 AM.

To order memorial trees or send flowers to the family in memory of Norman Ogaard Jr., please visit our flower store.