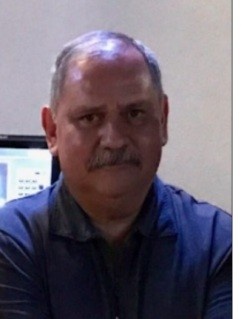 Monroe Blackburn, age 61, passed away after a short illness on February 11, 2017.  He was born November 22, 1955 in Talihina, OK where he, his brother (David) and sister (Kathy) were raised by his grandparents Isom and Lena Wallen until Monroe was 10 years old.

Monroe moved to Arizona as part of the Indian placement program run by the LDS church at age 10. Monroe’s foster family was the Wilford Shumway family in St. Johns, AZ.  In his 2nd family he had his foster parents (Wilford and Mabel), 4 foster brothers (Rex Lee, Douglas, Richard & Mark) and 1 foster sister (Ann) as well as many foster nieces, nephews and cousins.  He became a valued member of the family.  Everyone loved Monroe.  Initially, when Monroe came to Arizona, he would stay in St. Johns during the school year and return to Oklahoma for the summer.  After a few years, he decided to stay in St. Johns year round.  Monroe graduated from St. Johns High School.  He was a great athlete and lettered in basketball, football and track. Monroe was very popular in high school and formed many lifelong friendships which he maintained when he moved to Utah.  After high school, Monroe attended Mesa community college.

Monroe was always willing to lend a helping hand to anyone that needed it. He was loved very much by his many friends as well as his foster family and extended foster family.  Monroe be greatly missed.

Monroe is survived by his brother David Blackburn, sister Kathy Long, his remaining foster siblings Mark and Douglas Shumway, many foster cousins, nieces and nephews as well as his “family” at Relevant Solutions.

To order memorial trees or send flowers to the family in memory of Monroe Blackburn, please visit our flower store.