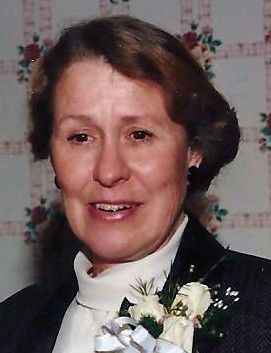 Mary Kathryn Ryan Reed, 83, was born July 31, 1936 in Portsmouth Ohio.  She passed away September 1, 2019.  She was currently residing in Kaysville, Utah. She was a long time resident of Syracuse, Utah and also lived in Littleton, Colorado.

Mary grew up in the 1950s and claimed that her high school years were just like those in the show “Happy Days.”  She met Robert David Reed while he was serving his mission. She often joked that she was a mail order bride as he proposed by letter with a ring enclosed. They married in 1959. Together they enjoyed fitness, healthy eating, and raising their four children. They were joggers before anyone else knew what jogging was. Bob died in January 1983. Mary was very frugal with her own needs but very generous to help others.  She kept a clean house and insisted she could hand wash dishes cleaner than any dishwasher.  She loved shopping for bargains and enjoyed yard sales and thrift shops

Mary was a devoted wife, mother, and grandmother.  She was supportive and practical and enjoyed her family’s successes.  Mary was preceded in death by her husband Bob; her parents W. Gordon and Fay Ryan; her brothers George and Roger Ryan; and her sister Julia Speasmaker. She is survived by her children Ellen, Susan, David, and Heather; her grandchildren Lukas, Robert, Zachary, Rachel, and Evan; and her brother Paul Ryan.

Mary preferred that no one make a fuss over her and requested that there be no services. As she loved ice cream, her family requests that you have some in her memory.

To order memorial trees or send flowers to the family in memory of Mary Reed, please visit our flower store.

No services to be held