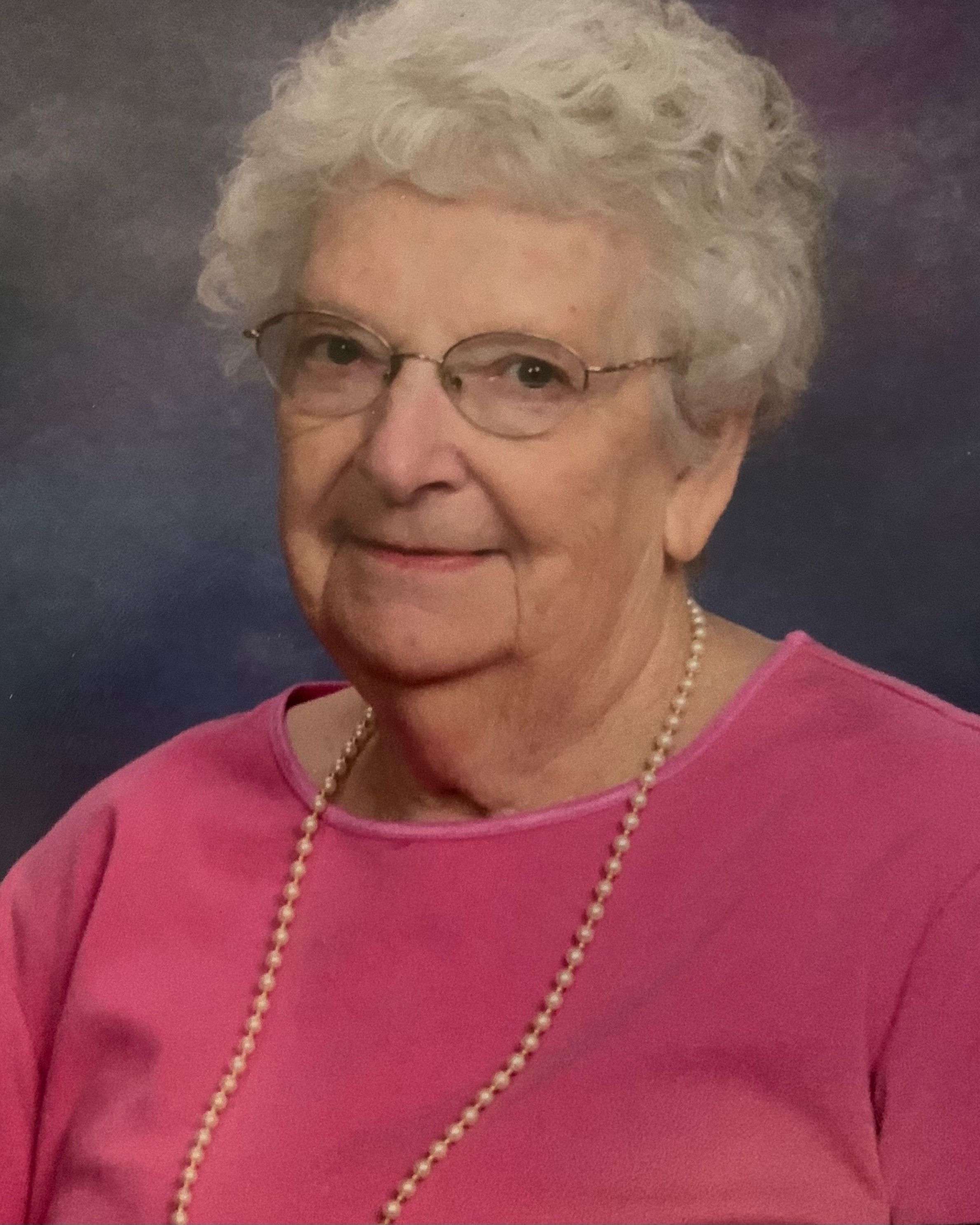 In the early morning of December 31st, 2022, Faye Marie Carr passed away peacefully of natural causes surrounded by family in West Valley City, UT. Marie was 92 years old.
Marie was born May 1, 1930, in Heber City, Utah, the first child of Leola Kohler and George Hone. Leola later married Don Sackett.
Marie married Ezra John Carr on December 4th, 1948. The marriage was later solemnized in the Salt Lake Temple. They had five children: Melvin, Michael, Rosemarie, Kent, and Lynn. In 1965, John was seriously hurt in a trucking accident, leaving him nearly paralyzed.  Life circumstances sent Marie into the work force.  She eventually accepted a position as an HR Manager at Desert Press.  Through this position she felt privileged to work with leaders such as Elder Thomas B. Monson and Elder Gordon B Hinckley who later became Presidents of the Church of Jesus Christ of Latter-Day Saints.
Through these new responsibilities, Marie’s children remember her long workdays, but also the huge pots of chili, best-ever gum-drop fruit cakes, and homemade bread. Marie instilled in her children a tremendous work ethic, and a loyalty to family above all.
Marie loved her family and worked hard to create a life for them despite many hardships. With life’s card deck seemingly stacked against her, Marie refused to bend, stubbornly leading a life of quiet dignity and pragmatic spirituality. She had many talents, including baking (think Swiss Bread), quilting, and crocheting. She loved sharing her skills with her family and friends, spending many hours creating treasures for them to enjoy.  She also donated her time, money and talents to the hospital infant ward by making hundreds of receiving blankets. At the time of her service, infants born at Pioneer Valley Hospital went home with one of Marie’s donated blankets.
More than anything, Marie collected those that might have been lost or outcast, and gave them a place where they could feel safe and cared for. Travelers were always greeted with a smile, a story, and a plate of peanut butter cookies. Her home was a refuge from the storms of life, her presence was always uplifting. Marie had a hearty sense of humor and had a gift for gab. If you had a minute, she had a story for you.
A lot of her time was spent taking care of the needs of others. She served her husband faithfully through illness until his passing, and then went on to serve her Aunt Rhea who needed care. She had a gift for charity and treated all with love and respect, regardless of their station in life.
Marie was an active member of the Church of Jesus Christ of Latter-day Saints and served in many callings such as Relief Society Night Committee and Young Women’s leader. She also spent 13 years serving in the South Jordan Temple.
Marie was preceded in death by her parents, George Hone and Leola Kohler Sackett, Ezra John Carr (husband), Wayne Hone (brother), Louise Nelson (sister), Kenneth Sackett (brother), Ervin Sackett (brother), Ruby Salazar (sister), Brent Hickman (son-in-law) Kent Carr (son), Lynn Carr (son).
Marie is survived by her children, Col. Melvin J. Carr (Terri), Michael Carr (Sandie), Rosie Hickman, and special friends, Mary Decker and Maxine Smith, 21 grandchildren, 43 great-grandchildren, 7 great-great grandchildren and many cherished nieces and nephews.
Marie loved life and people and will be missed by all who knew her.
The viewing will be held Saturday, January 7, 2023, from 10:00 to 11:00 am at the West Valley Granger Stake Center, 2850 West 3835 South, West Valley City.
The funeral service will follow in the same location, starting at 11:30 am.
Following a family luncheon at the Stake Center, the Internment will be held at approximately 2:00 pm at the Lehi City Cemetery.

https://zoom.us/j/94680281954
To order memorial trees or send flowers to the family in memory of Marie Carr, please visit our flower store.