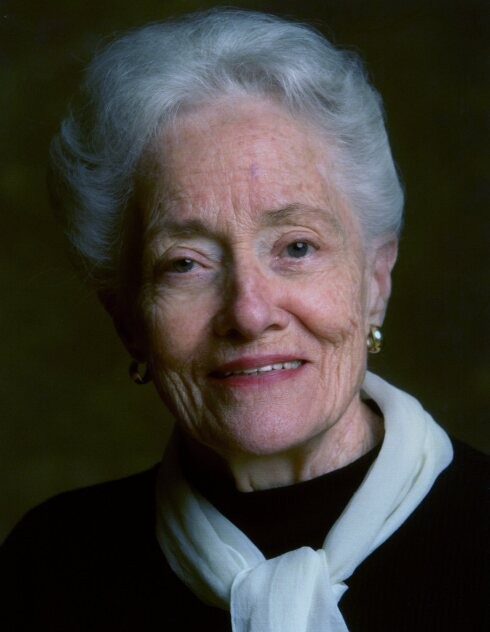 Margaret Ruth Manning White passed away peacefully on Friday, November 13, 2020, at her daughter’s home in Farmington, Utah from causes incident to advanced age.  After 98 years of living a faithful, dedicated life, she can now sing ceaseless praises with the choirs above.

Margaret was born on October 22, 1922 in Garland, Utah at the home of her parents, David Henry Manning and Elizabeth Thompson Manning, delivered by her future father in law.  She had many adventures working and living on the family farm with five sisters.  She loved playing softball and  learned to drive in her early teens so she could help on the farm and drive her mother places.  She attended Garland Grade School and Bear River High School.  Her senior year, she was elected student body vice president.  After graduating in 1940, she worked for a year then moved to Salt Lake City to attend LDS Business College.

Margaret married Edgar Hartley White, Jr. on January 31, 1944 in the mission home in Independence, Missouri.  They were sealed in the Salt Lake Temple on June 11, 1945.  In 1946, they bought their home on Apricot Avenue in Salt Lake City, Utah where she raised five daughters and three sons and lived a “marvey” life for 74 years. With a deep reverence for family, she was thrilled over the birth of each grandchild and great grandchild. She looked out for her own, never gave up on people, and welcomed all with an open heart and outstretched arms.  She would often say, “Us is the stuff!” and was described as “a faith filled, covenant keeping woman with a glistening heart of gold and silver hair pulled up in a bun.” Margaret always cared deeply for her five sisters and enjoyed their annual sisters’ reunion filled with laughter, love and card games.  After Hartley’s passing in 2005, Margaret served well as family matriarch. She put great effort into maintaining a beautiful home and yard, always needing to have a project to work on.

Margaret and Hartley served a mission to the Texas Dallas Mission.  Following their mission, they were called as Ordinance Workers in the Salt Lake Temple.  Margaret served for over 30 years until the Temple was closed for renovation in December 2019.  Being in the temple was a highlight of the week for her, and she served with dedication and loving kindness.  Friday mornings will always be “Grandma’s temple day.”

Due to COVID-19 concerns, a private immediate family service will be held on Friday, November 20, 2020 at 1:00 pm.  Interment will be in the Garland Cemetery. Her service will be livestreamed on Margaret’s online obituary at www.ruddfuneralhome.com.  A recording will also be available there later that day.

“Grandma, we love you a bushel and a peck and a hug around the neck,” until we meet again.

To order memorial trees or send flowers to the family in memory of Margaret White, please visit our flower store.