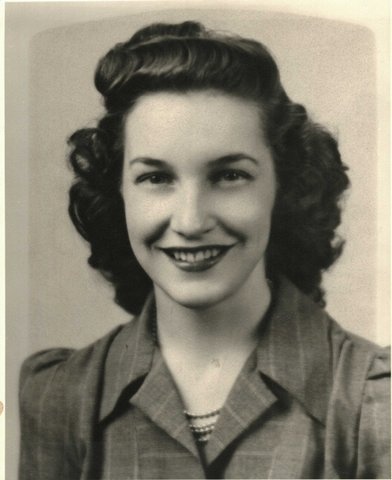 Lois John Benson Langdon passed away peacefully on January 17, 2017. Lois John was born April 23, 1923 in Logan, UT to Jared Brigham and Sara Baxter John, the second of five children. On April 1, 1941 she married her sweetheart, Merlin G. Benson. They were sealed in the Logan LDS Temple. Following Merlin’s untimely death in 1977 she later married Thomas D. Langdon of Salt Lake City, Utah until his passing in 1998. Lois was active in the lives of her family and a very devoted wife, mother and grandmother. She loved her family dearly.

She served faithfully in many LDS church callings and was especially influential in the lives of the young women in the old East Millcreek 11th Ward. She loved literature, music, playing bridge, flowers, thoughtful discussions, the theater, watching sports, maps, and she and Merlin had a passion for golfing and bowling. She felt privileged to have been blessed with good marriage, four children, grandchildren, and so many wonderful friends. She really loved her life.

The family is grateful for the caring staff of Brighton Hospice and Sandy Health and Rehab who were so tender and kind to her as she closed this chapter in her life.

A gathering and viewing for close friends and family will be held at the home of her daughter, Debbie Norton, on Tuesday, January 24, 2017, from 2 until 7 PM. She will be interred in a private service at the Murray City Cemetery.

Because of our Mother’s love of young women, in lieu of flowers, the family suggests a donation to the YWCA (ywcautah.org) in honor of Lois Benson Langdon.

To order memorial trees or send flowers to the family in memory of Lois Langdon, please visit our flower store.