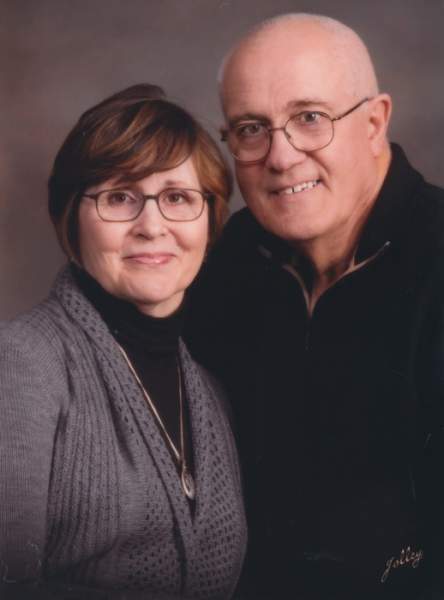 (Click here to listen)
Linda Marion Williams Grimes 1946 ~ 2016 Our beloved wife, mother, grandmother and sister, Linda Marion Williams Grimes, returned to her Heavenly Parents on September 2, 2016 after a long and courageous battle with Multiple Sclerosis. She was 70. Linda was born January 24, 1946 to Elwood Condit Williams and Grace Margret Timm, the oldest of their six children. She spent her childhood in New Jersey and moved with her family to Salt Lake City when she was a teenager. Linda met and later married Richard Carlton Grimes in the Salt Lake LDS Temple on December 17, 1964. Despite having a difficult life, Linda had a deep and unwavering testimony of Jesus Christ and His Gospel. She was a devoted member of the LDS Church and never hesitated to share her testimony. During her arduous fight with MS, Linda stayed positive and looked for ways to love and provide Christ-like service to those around her. Linda is survived by Rich, her husband of 51 years, her children Sharon (Paul Brown), Rick (Janalyn White), Dave (Julie), Jeremy (Buffer), Jonathan (MaryBeth), Melanie (Damon Thompson), Marissa (Jay Van Noy) and 27 grandchildren. She is also survived by three brothers: Jeffrey (Julie), Mark and Randy Williams. Her grandparents, parents, infant son Daniel and brothers Doug and Barry preceded her in death. Our family would like to thank First Choice Hospice and the loving team of caregivers who have provided for Linda. A memorial service will be held at noon, Thursday, September 8, 2016 at the Riverton 16th Ward building, 1208 West 12400 South in Riverton. Visitation will be held before the service from 10-11:30 a.m. Interment will be at Valley View Memorial Park. In lieu of flowers, please consider a donation to the LDS Church Missionary Fund. Join us for more information and online condolences @ www.independentfuneralservices.com

To order memorial trees or send flowers to the family in memory of Linda Grimes, please visit our flower store.