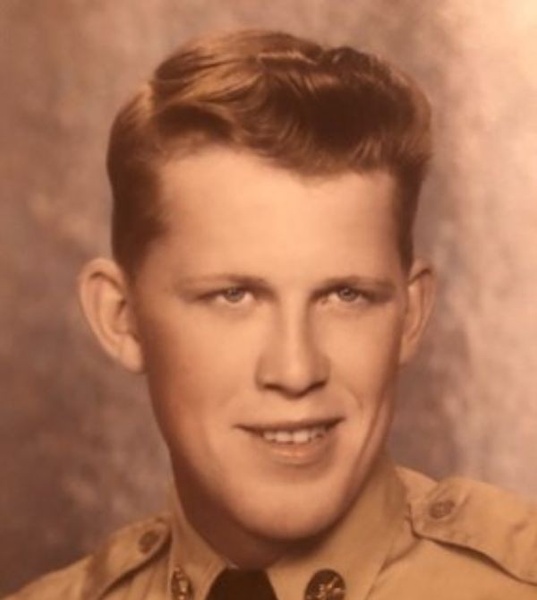 Leslie (Les) Hal Moore, our beloved husband, father, brother, and friend passed away March 12, 2022. He was born in Bear River, Utah, in the rocking and rolling of an earthquake on March 7, 1934. A month later the traveling doctor signed his birth certificate and declared him a healthy boy.

Les grew up in Bear River and Ogden, Utah. He discovered his lifelong passion for trains at the age of 14. A graduate of the Ogden High class of 1952, he proudly served in the Korean War as a member of the 1st Reconnaissance Company, 1st Infantry Division, United States Army.

Les met his beloved wife of 64 years, Sharon K. Chilson, on a blind date. Sharon told her parents after the date she was going to marry him, and they did on June 28, 1957. They were blessed with three children. Les worked at IML Freight and retired from the Davis School District Transportation Department. He loved having to stop for a train and had an incredible model train collection that he would love to fire up - all he needed was someone to ask. Les was a kind and gentle man who had a great love for Utah, especially the mountains, the desert, the trains, the Indigenous people, the pioneers, and the history. He was a 28-year member of the Hostlers Model Railroad Club and volunteered at Antelope Island for 20 years. Les was a Christian man strong in his Lutheran faith.

He was preceded in death by his mother, Alta Fanny (Hansen), and father, Harvey Raymond Moore. Les was also preceded in death by three brothers, Ed, Vern, and Brent. He is survived by his wife, Sharon and three children, Wendy (Lamont) Nelson, Lisa Wood, and Hal (Melanie) Moore Jr. He was blessed with two granddaughters, Kaylee Wood, and Shelby (Gabriela) Moore.

A Celebration of Life for Les will be held on Saturday, April 2, 2022, at 11:00 a.m. at Our Saviors Lutheran Church, 5560 South 2300 West, Roy, Utah. The service will be streamed through OSLRoy YouTube. https://www.youtube.com/channel/UCEwnG1TtQzkruIS3FWGmnyA

In lieu of flowers, enjoy a day on Antelope Island or watching a train go by in his memory. The family wishes to thank the staff at Raintree Assisted Living and the team from Applegate Hospice, especially Debbie and Tavia, for their kind and loving care.

To order memorial trees or send flowers to the family in memory of Leslie Hal Moore, please visit our flower store.