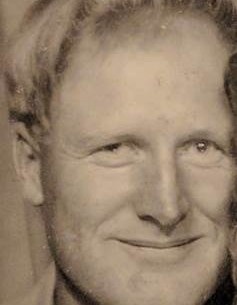 Leon Jeffery Creger, Nov 3, 1929-July 6, 2017, passed away at the age of 87 in the Logan UT Rocky Mountain Care Center surrounded by his loving children and wife.

As a youth, he earned money caring for cattle and picking potatoes to help provide both money and food for his family. Leon has always been a very hard worker and has done his very best to provide for his family and those in need. Leon will be remembered for his work ethic, ingenuity, charity, and endless service.

Leon bought his house at 620 S 2400 W in Lewiston from his parents. He made several additions to the house and raised all his children there. This house burned down in 2005, and was rebuilt again by Leon at age 80. Leon enjoyed working in his his home and yard through his last days.

Leon graduated from North Cache High school and attended collage at Utah State University. Leon was the only Eagle Scout in the old Benson Stake for 7 years, and was highly honored when he achieved it. At that time, an Eagle Scout award was considered to be equivalent to a collage education due to its rigorous requirements.

Leon ardently loved and faithfully served his country. He joined the Utah State Guard in 1945 at the age of 17 in the 1st Battalion, 1st Regiment Services Battery 204 Field Artillery. Leon served in the Utah Honor Guard at the funeral of the 4 Borgstrom brothers in Tremonton at the close of World War II. He was sent to Fort Ord California for basic training in the army and continued to San Louis Obispo for further training. While there he achieved expert rifleman and was offered further education in Fort Mammoth, NJ Electronics School. Though he achieved the status of expert rifleman, his education enabled him to serve in the Korean War as a military intelligence officer rather than as a Sniper, which he counted as a great blessing.

Leon served as the branch president while in Korea, was a creative and enthusiastic scout leader and faithfully served in all his church callings. Leon and Marilyn served an LDS service mission at the Bishop’s store house from Oct 13, 2007-Dec 31, 2009, and served another LDS mission in the Logan Temple Baptistery from 2002-2012.

Leon dearly loved his wife, Marilyn Humpherys Creger, whom he was married to for 55 years. They had 12 children, Melanie, Trini, Ricky, Eric, Howard, Lincoln, Sterling, Carlyle, Brenda, Dolly, Kendell Vanon, and Alyson. They have a total of 22 grandchildren, and 4 great grandchildren. Leon is now reunited with his father in heaven and sons and daughters who have gone on before.

Please join our family in celebrating Leon’s life at his funeral service on Wednesday 07/12 at 11 am in the Lewiston 2nd ward church house located at 10 S 1600 W. Interment will take place at the Lewiston City Cemetery. A viewing will be held Tuesday evening 07/11 from 6-8 p.m. and again an hour prior to the funeral services at the Lewiston church house. For more information and online condolences, please visit www.independentfuneralservices.com.

We will miss our beloved father, husband and grandfather. He was a great example to all who knew him

To order memorial trees or send flowers to the family in memory of Leon Creger, please visit our flower store.