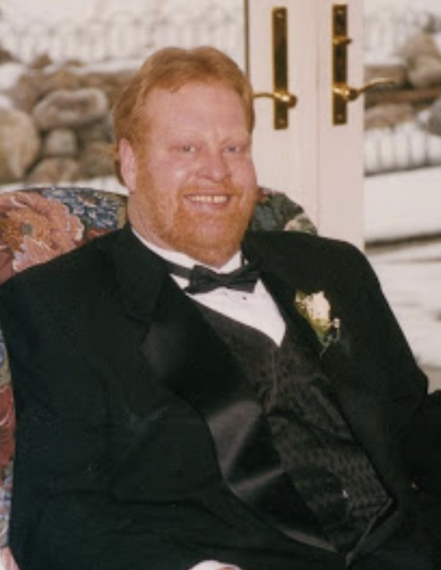 Our loving father, son and friend passed away unexpectedly on October 12, 2018.

Larry was born in Salt Lake City on May 27, 1957 to Paul James Christensen and Dolores Grace Marshall Christensen.  He grew up in Holladay, Utah and attended Granite High School where he played on the football team.   After high school, Larry married and later divorced, Patsy Bowcut.  Together they had two children, Amber and Austin.

From a young age Larry learned to install hardwood floors and carpet with his father at his Dad’s company, C & G Floors.  Larry was an expert craftsman who could calculate a room’s carpet measurements in his head, patch a seam with his eyes closed, and haul hundred-pound rolls of carpet on his shoulder by himself.  Larry’s skill and pride in workmanship was admired by many.  However, 40 years of carpet laying took a toll on his body and left him with chronic pain.

Larry was a large man in stature and was affectionately called “Tiny” by many of his friends.  Despite his large countenance, Larry was a gentle giant.  He had a heart of gold and would give anyone the shirt off his back.  He had many friends and his capacity to show love and compassion to all was something to be admired.

Larry enjoyed cars and engines.  He was good at understanding motors and enjoyed the drag races at Rocky Mountain Raceway.  He also had a notorious “sweet tooth” and was known to always have a bottle of root beer or candy bar on hand.

In his later years, Larry enjoyed attending his grandkids ball games and cheering them on.    He also was a huge Jazz fan.  He and his Mom religiously watched the games on TV and he loved to talk about their record with anyone who would listen.  He enjoyed swimming with his family in the family pool and even developed quite a “green thumb” for working in his family’s garden.

Larry is survived by his Mother, Dolores.  Children Amber Christensen Gallagher (Adam); Austin Christensen (Melissa); and grandkids Kaden, Griffin, Grace, Ava and Preston.  He was preceded in death by his Father, Paul.

To order memorial trees or send flowers to the family in memory of Larry Christensen, please visit our flower store.