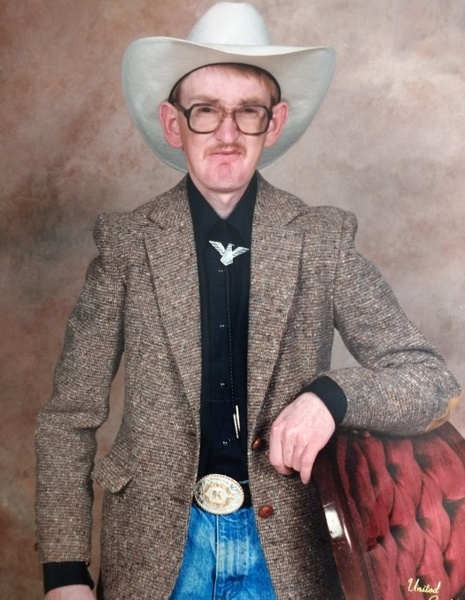 
On December 28, 2018, Kevin Paul Kimball, 54, reunited with his beloved brothers, Brett and
Joseph, who preceded him in death. From a young age, Kevin was challenged with illness and
disabilities, which he never allowed to stop him or define him. In the course of his life, Kevin was
an inspiration to many. To his parents, siblings, and 31 nieces and nephews, Kevin leaves
behind a legacy of courage, intelligence, and the will to carry on in the face of innumerable
hardships. Despite all of this he maintained his testimony of Jesus Christ. He served several
callings including his last as Ward Clerk in the Winder 7th Ward. Kevin graduated from Brighton
High School and then attended Snow College. He also achieved the rank of Eagle Scout which
was a proud honor for him.
He was endowed in a Temple of The Church of Jesus Christ of Latter-Day Saints, and served a
brief service mission at the Temple. He later was married for a few years. Kevin loved the
outdoors. He loved boating, especially at Lake Powell. He hiked many of Utah's trails and
enjoyed riding ATV's, dirt bikes and even made riding his jazzy look fun! Kevin was told with
his health limitations he'd never be able to work, however as he always did, he impressed
everyone by working at different jobs, including his last employment with American Express.
The Kimball Family is especially appreciative of the many caregivers, and medical personnel
who assisted him, especially those at Pheasant Hollow Assisted Living Facility.
Kevin is survived by his parents Paul and Virginia Kimball, 11 siblings, Bekie Thompson, Clover
Autrey (Pat), Heather Weiss (Kerry), Kimberly Howell (John). Jennifer Witzel, (Todd), Melodee
Curtis (Chad), Crystal Ash (Nathaniel), Chalese Turnbow, Alysha Witzel (Ryan), Stephanie
Watts (Jonathan), Joshua Kimball (Kelly), and 31 nieces and nephews whom he adored. Kevin
was deeply loved and will be missed by family, friends and all who knew him.
Funeral services will be held on Friday, January 4th, 2019 at the Winder 7th Ward, located at
4350 South 1100 East, Millcreek, UT. A Viewing will be held at 10:00 am preceding the Funeral
service at 11:00 am. Interment at Wasatch Lawn Memorial Park at 3401 S Highland Dr, Salt
Lake City, Utah.

To order memorial trees or send flowers to the family in memory of Kevin Kimball, please visit our flower store.