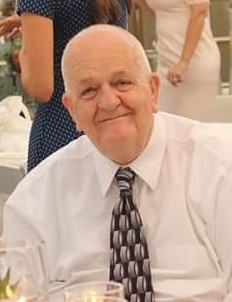 Kennith Clark Neeley, 80, of West Valley City, died at his home on Friday, March 23.  Born July 14, 1937, in Blackfoot, Idaho, Ken was a lifelong member of The Church of Jesus Christ of Latter-day Saints.  He served a mission in the Northern States Mission and later served in the Army.

On June 1, 1963, Ken married Kay Harrison of Salt Lake City in the Salt Lake City Temple.  After they retired, Ken and Kay served a mission together in the Addiction Recovery Program.

Ken was a salesman and barber prior to retirement.  Beloved by his family, who affectionately knew him as "Duke," he devoted himself to providing for them, often working multiple jobs six days a week.  An avid fisherman, he could often be found in the mountains with his family, sharing stories about life, the Gospel, and the one that got a way. Finally free of the constant pain that plagued his earthly body for many years, Duke was able to stand tall and run into the loving arms of his Savior.  We love you, Duke.  'Til we meet again.

Funeral services will be held on Friday, March 30, at noon, at the LDS Whitehall Ward at 3150 W Whitehall Drive, West Valley City.  A public viewing prior to the funeral will begin at 10:30 a.m.

To order memorial trees or send flowers to the family in memory of Kennith Neeley, please visit our flower store.