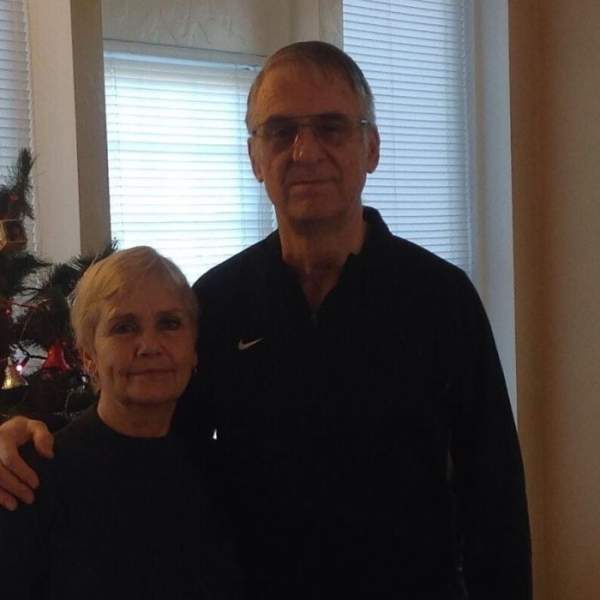 Kenneth Thatcher Allred Jr., age 78, passed away at home in Saratoga Springs, UT on 28 April 2021 after battling with Parkinson’s disease.  He was surrounded by loved ones. He was born on 15 Feb 1943 in Salt Lake City, UT to Roine Brown and Kenneth Thatcher Allred Sr who was away fighting as a pilot in World War II.

He had a happy childhood but faced the trial of having panic attacks from the ages of 15-17 and 22-25 when he learned to control them with the medicine, Dilantin, and later with Kombucha.  He believed that this struggle kept him single and gave his beloved eternal companion, Ruby Ann Kit Broderick, time to grow up.  They met in Salt Lake City when she was fresh out of high school and a few months later married at the Salt Lake Temple on 25 October 1968.

Previously Ken graduated from Orem high school in 1961, attended BYU for one semester, and chose to join the Army Reserves for six months of active duty rather than wait to possibly be drafted for two years of active duty.

In March of 1963 he left for Ireland, under Stephen R. Covey as his mission president, to serve a two year mission for the The Church of Jesus Christ of Latter-day Saints. He attended the University of Utah, changed majors several times, and graduated with a BS in Zoology, a minor in Geology, and a high school teaching certificate.  He became a Seminary teacher for several years. This career move was followed by: real estate, juvenile probation officer, investment sales at Franklin/Covey, real estate, and finally sales at Win-Loss Solutions for his son, Ken.

He was always very active in his religion and served in almost every calling including Bishop followed by Branch President in his later years.  He had a goal to serve another mission in his senior years but was blessed with the opportunity to raise two of his grandchildren instead.  He and Kit followed a prompting to move to Bonne Terre, Missouri, a place that had only a small amount of church members.  It was here he was called to be Branch President, serving 4 years. He felt strongly that his experiences and service in Missouri was the Lord’s answer to his desire to serve another mission.  He was best known as an inspiring teacher.

Ken was blessed with a very large, and - due to several single and sibling adoptions - multi-racial family of 19 children.  He and Kit were simultaneously active foster parents for years.  Parenthood brought him great joy and sorrow.  He is pre-deceased by an infant brother, James; his son, Jeremiah, and his sister, Diane Van Vleet.  He is survived by his wife, Kit Allred; his brother, Geoff Allred; his sisters, Cindy Smith and Vicki Alder; his daughters, Tiffany, Ashley, Sommer, Tamika, Natosha, Tanisha; his sons, Ken III, Troy, Ty, Sean, Brandon, Leighton, Tracey, Gregory, Terron, Travis,Trevor, and Skye. He is also survived by numerous grandchildren, two of which he raised, a son, Kendol, and a daughter, Kylie.

Ken’s legacy is his deep and abiding faith in and love for his Savior, Jesus Christ.  Ken’s faith is recorded in his written personal history, many letters and emails, and in the hearts of his posterity. Ken said on several occasions that throughout his life he has felt a homesickness for his Heavenly Home. How bitter and sweet it is to know that he is there now.

To order memorial trees or send flowers to the family in memory of Kenneth Allred Jr., please visit our flower store.