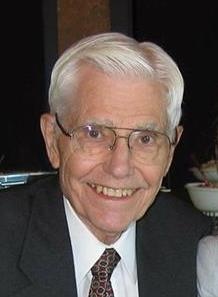 Dr. Joseph Vernon Hamilton died peacefully in his sleep at home on the morning of June 7, 2017. He was born October 13, 1925 to John Wesley Hamilton and Mae Plank in Harris, Kentucky. During World War II he served as a cryptographer in the Army Air Corp in India. While in the army he became acquainted with the LDS Church during a visit to Temple Square, and was baptized into the faith upon his return from the war. He served as a missionary in the Southern States mission and afterward attended the University of Utah and then Brigham Young University, where in 1951 he met and married his wife and eternal companion Joyce Guymon. After BYU he attended the University of Louisville Dental School, where he also completed post-graduate training in anesthesia, and spent many years practicing dentistry and anesthesia in Monticello and St. George, Utah. He was actively involved in politics and was a devoted alumnus and supporter of BYU. He has a valiant testimony of Jesus Christ, and loved to serve in his church wherever he was called. Along with his commitment to the gospel of Jesus Christ, his most significant achievement was his tireless devotion to his wife and 11 children. He is survived by his wife of 65 years, his 11 children, Bill, Mike, Barbara, Nancy, George, Mary, Ruth, John, Henry, Ann, and Susan, and his 42 grandchildren and 30 great-grandchildren. Funeral services will be held on Monday, June 12, 2017 at Ensign Stake Center, 135 A St, Salt Lake City, UT at 11:00AM preceded by visitation Sunday 7-9PM and Monday 9-10:30AM.  A memorial service will also be held at Globe Family Funeral Chapel, Camp Dix, Kentucky at 1PM Saturday, June 17, 2017 preceded by visitation 11AM-12:30PM with internment at the Hamilton-Mawk Cemetery on Tar Fork Rd. All who would like to share in a celebration of his life are welcome.

To order memorial trees or send flowers to the family in memory of Joseph Hamilton, please visit our flower store.