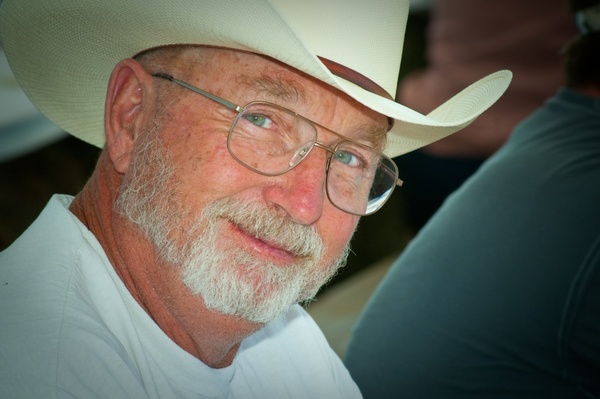 
Jon Wallace Jacobsmeyer, of Heber City, Utah — The Man, The Myth, The Legend — passed away on September 13, 2020.  Despite experiencing a traumatic brain injury in 2018, Jon stubbornly refused to die in order to spend more time with his children - Jonette (Mike) Kimball, Nikki (Neal) Roberts, Wendy Jacobsmeyer,  Jared (Jennifer) Jacobsmeyer, and his German daughter Andrea (Stefan) Richter -  tormenting them with his constant demands for Pepsi, snicker doodles, and more visits from his grandchildren.

Jon was born August 31, 1941 in Hollywood, California, to George and Fern Jacobsmeyer. He was the second of eight children and is survived by ALL of his siblings (mostly because they are as stubborn as he is):  Larry Jacobsmeyer, Cherilyn (Jim) Batt, Marlene Simmons, Hugo (Marsha) Jacobsmeyer, Roberta Jacobsmeyer, Loretta (Brad) Willcocks, and Robert (Nancy) Jacobsmeyer.  He was raised in Sunland, California, attended Verdugo Hills High School and was a long-time resident of West Hills, California.

As a young man, Jon served a 2 1/2 year church mission in Northern Germany where he came to love the people and the language.  He even taught a college-level German class just a few years ago.

Jon served proudly in the United States Army, and although he had a lifelong love of guns, during the Vietnam war he preferred the use of close contact weaponry (he was a barber).

Jon spent thirty years as a Los Angeles firefighter, retiring with the rank of Engineer. He then purchased the Rockin' J Ranch in Heber, and for years hosted a weekly radio station on KTMP called “Up With Heber.”  He was known county-wide for his annual July Picnic, where the entire Heber community was invited to join family and friends for barbecue, face painting, snowcones, and a fireworks display that featured a finale of exploding watermelons.  Jon spent many years as a Scoutmaster, and considered the young men from church as "additional kids."  He kept in touch with many of them and felt great joy in seeing them grow into wonderful men and fathers themselves.

He was also generous, intelligent (he held 4 Bachelors degrees), funny, and hard-working.  He could make homemade barbecue sauce out of anything (and everything) he found in the refrigerator, frequently burst into his own rendition of "Papa Ooh Mow Mow" complete with dance moves, and his garage workshop certainly inspired the television series MacGyver, as Jon could fix anything using duct tape, a paper clip and an empty milk carton.  He loved cowboy poetry, weekends of motocross with his son, and traveling the world to experience new cultures.  He visited many countries, tracking his progress on a map proudly displayed in his living room, and was quick to share stories of his adventures abroad.

Let it not be thought that Jon was a perfect man - he was obstinate, strong-willed, stubborn and definitely knew how to hold a grudge.  But in his later years, he mellowed considerably thanks to the love and adoration of his grandchildren (Mikayla, Rowan, Bella, Evelyn, Aubree, Aspen, James, and Jaxton) and the patient nurses at Cedarwood in Sandy.

Next year Aug. 28, 2021 we will be having a wake/party. If you would like information please send an email to jon@knikki.com

To order memorial trees or send flowers to the family in memory of Jon Jacobsmeyer, please visit our flower store.