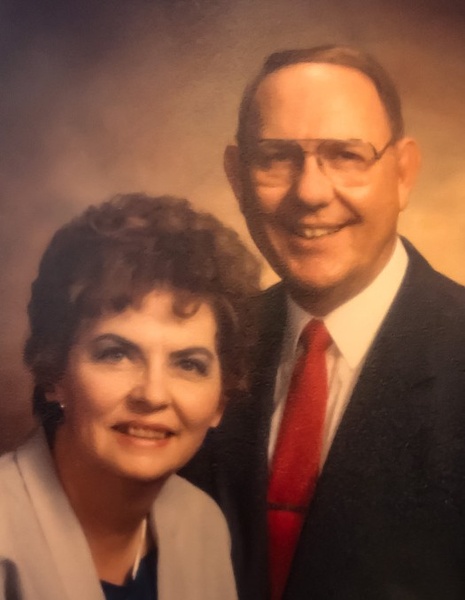 John Thorup Elder, age 86, passed away peacefully in his sleep. He was at home in the loving care of his beloved wife and two of his daughters. He was born to Henry F. and Edna B. Elder on July 18, 1934.
He married the love of his life Nancy Marilyn Foy for all eternity in the Salt Lake Temple on November 5.1953.
John is survived by his wife Nancy, son Michael John (Dawna), daughters Laurel Lanette Roper, Rochelle Elder and Brooke Denise Frazier and Brother Henry Elder.
He was preceded in death by his parents, sisters Mary Stubbs, Esther Haven, Arleen Anderton and Virginia Bennett, and brother LeRoy Elder, his daughter Kristin Ellis and sons-in-law Roddy Lee Roper Jr. and Kevin Ellis.
John was a good and faithful son of our Heavenly Father. The Church and his family were his life.
He served three missions for The Church of Jesus Christ of Latter-Day Saints. He was called to the New England Mission after he was married and his son was born. John and his lovely wife faithfully served two missions together in their later years. They served in the Utah Substance Abuse Mission. They really loved the people they worked with and served. They gained great insights and compassion thru their service. They also served as Docents in the Church History Museum. This was especially fun for them they learned new facts and stories. Afterward they went around saying “Did you know......” to all of us. They were able to have the experience of serving during the 2002 Salt Lake Winter Olympics and even were able to get a photo of them with the Olympic Torch.
John and Nancy served as Temple workers in the Jordan River Temple. John was known as a great Scriptorian thru out his life. He was able to serve in two Bishoprics.
John graduated from Art School in Commercial Art & Illustrating. He went into Architecture until the opportunity opened for a deputy in the State Fire Marshal’s Office. He served on the staff of the National Fire Academy as an instructor and course developer for 20 years. He retired as chief of the State Fire Prevention Bureau.
His artistic skills were an advantage while working for an architectural design firm. He retired as a Deputy State Fire Marshal and Chief over the Fire Prevention Bureau. During the same time he had the opportunity to travel the United States teaching the fire code to architects and Fire Marshals.
He had many diverse hobbies and talents. He loved Wood Carving, Ink Work, Illustrating, Golf, Archery, Dance, Theatre, History and Airplanes.
Airplanes were a big part of his life. He would have liked to have been a pilot but chose to get married instead. He would identify planes as they flew overhead. He made model Airplanes and hung them around his room. One plane hangs there now. In his youth he was a Lieutenant Colonel in the ROTC. He continued to dream of being a pilot throughout his life.
John has been well received in Heaven and he will be greatly missed here on earth. This is not Goodbye but rather Auf Weidersehn

To order memorial trees or send flowers to the family in memory of John Elder, please visit our flower store.