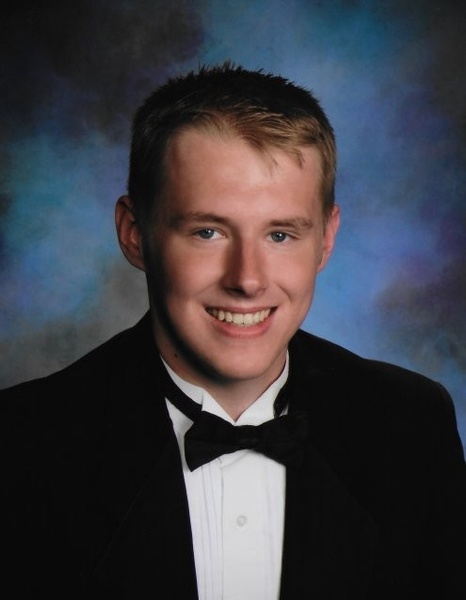 Jarod Calvin Noel, 18, passed away peacefully in his sleep early August 1, 2017 at his home in Taylorsville, Utah. He was happily welcomed into the loving arms of his grandparents Grandma Judy Noel and Grandpa Fred Eugene Bell, who preceded him in death. He was born on April 16, 1999 to Brett Calvin and Sarah Bell Noel. At the age of 2 ½, he became the big brother to Amira Danielle Noel.

His education began at Vista Elementary, continued at Bennion Junior High, and was completed at Taylorsville High School. On May 26, 2017, Jarod walked across the stage with many accomplishments and received his high school diploma.

As a member of the Church of Jesus Christ of Latter-day Saints, he graduated Seminary and began mission preparation at the SLCC Institute. He was an active member of the young men’s group and loved participating in all that they did. He also earned the rank of Eagle Scout which included camping, community service, leadership, and much more.

Being involved in many activities and hobbies, Jarod kept himself active and growing. He had a love for the violin and looked forward to orchestra every year. He enjoyed being a part of the Taylorsville High swim team. He expressed his creativity through ceramics, carvings, woodwork, and origami.

He enjoyed archery, shooting and had a knack for following a target. Every chance he could get, he would escape to the different worlds of his favorite books. He and his family are members of the Rockhounder Outreach for Community Knowledge, which allows them to learn about the Earth and collect beautiful rocks.

Jarod was rarely found without a smile. His kind heart was as big as he was tall, at the height of 6’5”. Whether it was caring for family, friends, or even animals, he truly was our BFG. Our “Big Friendly Giant”. He was always willing to give of himself with his helpful and patient attitude.

One of the things he loved most was spending time with his friends, grandparents, cousins, and family. Many memories will long be cherished of Jarod: Fourth of July parades and fireworks, his clever and unique Halloween costumes, his love of Café Rio food, cousin sleepovers, and Christmas celebrations.

To order memorial trees or send flowers to the family in memory of Jarod Noel, please visit our flower store.