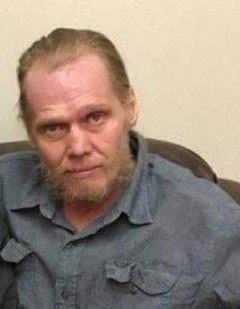 James Warren King was called home to his heavenly father on Oct 11, 2019. He was reunited with open arms by many family and friends whom passed before him.

James was born Oct 11, 1973 to Joseph Wayne King and Sherrie Rae Hendricks in Salt Lake City Utah 1973. James was 6 years old when the family moved to Casa Grande, Arizona where he was later sealed to his mother and father on September 10th, 1981 at the Mesa Arizona Temple. When James turned 17 he spent one year in Hawaii picking pineapples where he met several life long friends and grew to be brothers (bro’s).

James returned to Utah after Hawaii where he met and married, Carolyn A. Tolbert, they later separated after they had a beautiful daughter Grace T. King in 2004, she was the light of his life. James put forth a lot of effort in trying to work and help support his daughter, however due to seizures James was unable to work and granted disability.

James will be missed dearly by everyone who knew him.

The family would like to thank the Salt Lake City Police Department for the welfare check provided. South Salt Lake Central Park Ward, Independent Funeral Services and Central Park Relief Society for all of their assistance and loving care during this difficult time.

To order memorial trees or send flowers to the family in memory of James King, please visit our flower store.