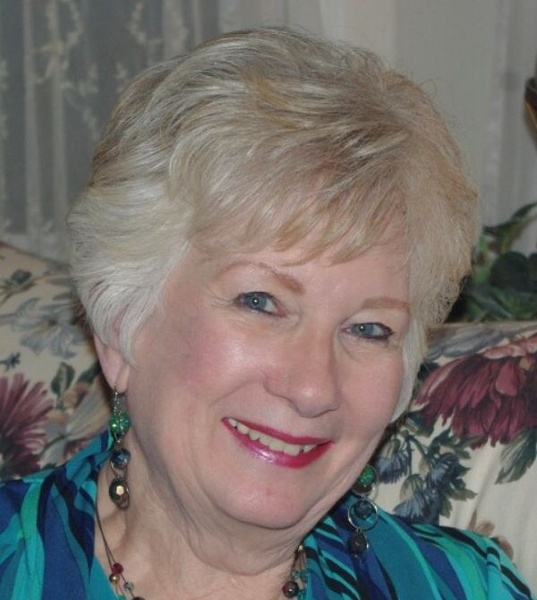 Idonna was born October 13, 1942 in Phoenix, Arizona but grew up in Flora Vista, New Mexico. She graduated from Farmington High School in 1960. She met her forever companion, Lynn, at a dance while attending Brigham Young University. They married March 27, 1965 in Salt Lake City, Utah and will celebrate their 57th wedding anniversary. After college, Idonna and Lynn moved to Bloomfield, New Mexico, in 1966 for Lynn’s work.  This is where all their family adventures began. While in Bloomfield, they raised six children: Lynette, Raymond, Cathleen, Sheila, David, and Melissa. Idonna devoted her life to her children and serving others while making lasting friendships in the 35 years they lived there. Once her children left home, Idonna and Lynn relocated to the Salt Lake City valley and have enjoyed living there for around 20 years. They currently live in Riverton.

Idonna taught others through her wonderful example of faith, hope, love and charity. Her testimony of Jesus Christ was exemplified by the way she lived her life.  Her Savior was a great strength to her. Many times she was found kneeling in prayer and studying her scriptures.  She diligently served many people within her church organizations, community, friends, neighbors, and even strangers. She served in the Relief Society, Young Womens, and Primary organizations on both ward and stake levels in the The Church of Jesus Christ of Latter-Day Saints.

Her love of music was well known to all around her. Throughout her life, she shared her talents through song, playing the piano and organ, and directing music in many capacities. This past Christmas we had the privilege of witnessing her accompany Cathleen and Mitch while they sang Oh Holy Night. At one point in her life she had 35 piano students. She inspired all her children to love music which has continued down to her grandchildren and great-grandchildren. Spending time with family was a true joy to her. Her love of family inspired many fun gatherings.

Idonna was preceded in death by her parents, Dwight and Gladys Millett, her brothers Lawson (Dolores) and Glen (Denise), her son David, and her son-in-law, Kevin McCary. What a joyful reunion they must have had. She is survived by her husband Lynn, Lynette Long (Mitch), Raymond (Chris), Cathleen McCary, Sheila Jensen (Jason), Lisa Wariner, Melissa Rail (Shane), her brother Wallace Millett (Helen), and her sisters Jeanette Dunaway (Bill) and Nadine Andrews (Steve), 18 grandchildren and seven great-grandchildren.

In lieu of flowers, the family has asked that you donate to help cover funeral expenses.  A memorial account has been set up at America First Credit Union under Idonna Wariner. Donations can be made there, or via Venmo @rwariner. The Wariner family wishes to thank all the doctors, nurses and many friends of Idonna who have loved and supported her throughout her life.  She truly loved and appreciated all of you!

To order memorial trees or send flowers to the family in memory of Idonna Millett Wariner, please visit our flower store.