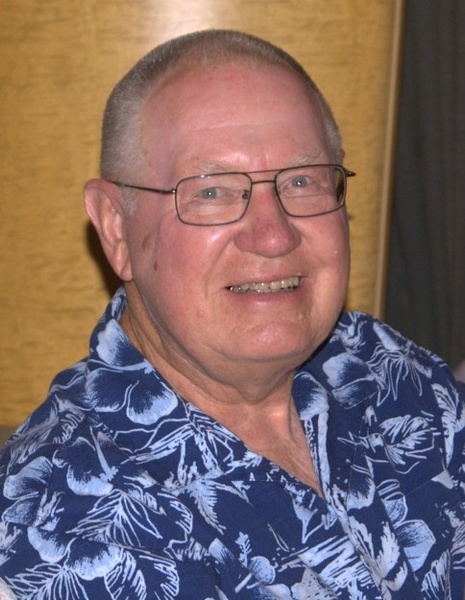 Gordon Trent Hudson born January 21, 1936, died at age 83 from metastatic melanoma on August 12, 2019. He was the third child and first son of Clifford and Zoy Hudson, born in Taylorsville, UT at his grandfather’s home. He grew up in Salt Lake City with his three siblings where he enjoyed a happy childhood and a love-filled home. He graduated from the University of Utah with a degree in Chemical Engineering. He has been a passionate fan of the Utes and has had season tickets to both football and basketball for at least 55 years. Go Utes! In November, 1966, he met the love of his life, Pat Tullis, whom he married on May 19, 1967. They lived much of their married life in Sandy, UT where they raised three kids and found many friends. After Pat died in Feb. 2011, Gordon had the very good fortune to meet and marry Miriam Williams on August 2, 2013. Miriam brought so much love and happiness into Gordon’s life and they had 6 very full and happy years. Gordon loved his family and they loved him. He was an honest, good man who loved gardening, reading, the outdoors and traveling. He is survived by his wife Miriam, his brother Steven (Margarita) Hudson, his three children, Trent (Betty) Hudson, Michael (Alicia) Hudson, and Susan (Phill) Jensen, and eleven grandchildren. He is preceded in death by his two sisters, Renee Hougton and Carol Newton. A viewing will be held on Fri. August 16 from 6:00 to 8:00pm at the Parkway Ward at 12100 S. 1300 W., Riverton, UT. A private graveside service will follow on Saturday.

To order memorial trees or send flowers to the family in memory of Gordon Hudson, please visit our flower store.