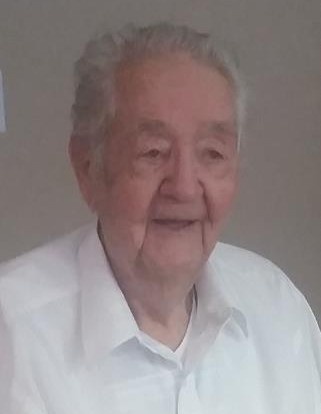 Glen Mullen Jones, beloved Dad, Grandpa, Great-Grandpa and friend passed away November 4, 2019 due to injuries sustained in a fall, at the age of 96. He was born August 23, 1923 to Jeremiah Morse Jones and Alice Laurene Mullen Jones in Magna, UT. Married Jeanette Brown Jones July 4, 1946 in Las Vegas, NV.  They lived in Magna, UT for 12 years before moving to Granger, UT. Glen served in the U.S. Navy during WWII. He was president of the VFW Magna Chapter. Retired from Kennecott Smelter after 40 years as a general foreman. Coached baseball in Magna little league for many years. He served as the President of the Board of Director for Garfield Credit Union. He was a member of the Elks Club and a Free Mason. He loved to golf and did so well into his 80s. He loved to support his family by attending their events. He often attended multiple games or performances in the same day. He was an all-around awesome dude!

The family would like to thank Superior Hospice and Legacy House of Taylorsville for their care. A Celebration of Life will be held at a later date.

To order memorial trees or send flowers to the family in memory of Glen Jones, please visit our flower store.