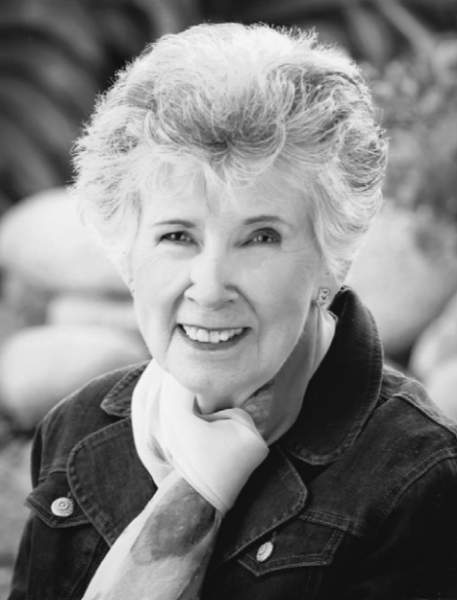 On March 31, 2021, Geri Whitney got her wings and went to walk with the angels. She was 89 years old. Born on December 24, 1931 to Donald and Margaret O’Brien in Canandaigua, New York, Geri grew up happily with her seven siblings. She attended Nazareth Academy in Rochester, New York. She married George O’Donnell, moved to California and had five beautiful daughters. George and Geri divorced in 1968, leaving her as a single parent for 4 years. She enjoyed her secretarial work at Teledyne in Newbury Park, California where she met Clint Whitney. They married in 1972 and she expanded her heart to mother his five children. She and Clint enjoyed travel and had many adventures together. They eventually moved to Texas where Geri worked as an executive secretary. Missing the ocean, they returned to California to settle in Monterey which became their true home for 30 years. Geri dearly loved the community of Saint Angela’s in Pacific Grove where she prayed, served, and worked as a secretary for 16 years. She moved to Utah in 2016 to live with her daughter Eileen Gapko and son in law Greg. Geri loved her family, music and parties. She enjoyed decorating and fashion. She was always beautifully dressed. She was an avid reader, a habitual crossword puzzle solver, and thoroughly enjoyed a witty conversation. She had great perseverance which served her well through life’s difficulties. Although she loved Jesus the most, she knew all the Saints and which one to call upon for any circumstance. She remained true to her faith her whole life. Geri is survived by her daughters, Sheila O’Donnell (Rick), Maureen Stapleton (Bill), Eileen Gapko (Greg); stepsons, Mark Whitney (Jane), Martin Whitney, Matthew Whitney (Leslie), stepdaughter, Mary Jo Kirk; sisters Meg Eaton (Ev) and Patty Boll; as well as 23 grandchildren and 26 great grandchildren. She was preceded in death by her parents; her first husband, George O’Donnell, second husband Clinton Whitney; daughters Kathleen and Sharon O’Donnell; stepdaughter Martha Christy; siblings Mary Colgrove (Lee), Donald O’Brien (Mary), Robert O’Brien (Mary Kay), Michael O’Brien (Jo), John O’Brien (Sue) and her beloved dog Casey. A Funeral Mass will be held at Saint John the Baptist Catholic Church on 300 East 11800 South, Draper, Utah on Wednesday, April 7 at 11am. The service will be livestreamed at the church’s You Tube channel: https://www.youtube.com/channel/ UCPxSBUzhf4hqvBDwIfAktqQ Her ashes will be interred at San Carlos Cemetery in Monterey at a later date. Those wishing to honor her life can make a donation in her name to The Society of St. Vincent de Paul

To order memorial trees or send flowers to the family in memory of Geri Whitney, please visit our flower store.