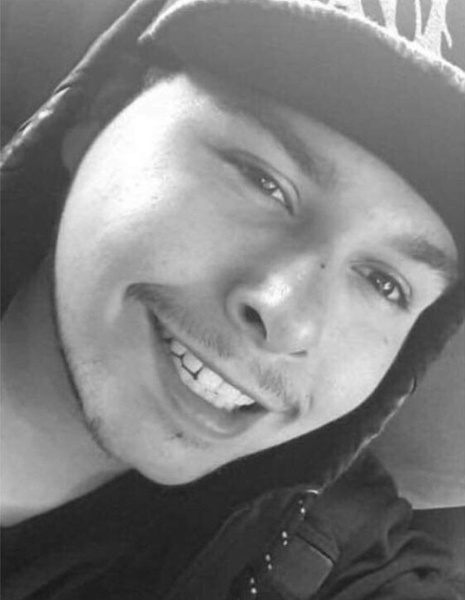 Gabriel Richard-Andrew Vidrios, also known as “Buddy”, was born on July 24, 1996 and passed away unexpectedly on October 6, 2019. Although his time was short on this earth at the accomplished age of 23, his soul touched everyone he met in the most meaningful ways.

Buddy grew up with a passion for camping and fishing, an interest instilled upon him by his father and grandparents. However, his love for music triumphed over all other desires he ever pursued. The ability to create and move your soul with his words was truly breathtaking, a philosopher of his time.

Gabriel expresses a great loyalty to his “A1 since day one”, being friends and family. He had a heart of gold and was always there. He was his true authentic self and fearless without ever being apologetic. He will be deeply missed by all.

Buddy is survived by his father, Gabriel F. Vidrios (Kathy), and mom, Tamara Brinkerhoff-Morales (Gabriel); son, Gabriel D. Vidrios, and sisters Beverly L. Vidrios-Salazar (Joseph) and Patricia R-F. Vidrios. All of his aunts and uncles, especially Patricia Davis (Kevin) and his cousins (Rebecca, Stirling). Along with his nieces (Esperanza, Selena, and Deziree) and his nephew (Sage).

To order memorial trees or send flowers to the family in memory of Gabriel Vidrios, please visit our flower store.