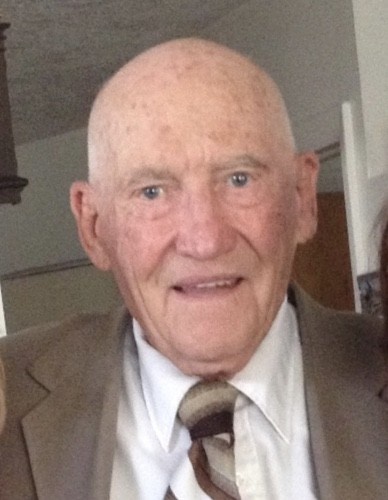 Dean Stewart King was born to Lillian Catherine Stewart and Lawrence King on June 11, 1927 in Richfield, Utah.  He died November 7, 2018 in the loving arms of his family at his daughter's home in West Jordan.  He is now reunited with his loving wife, Virginia Lund, who passed away 18 years earlier.  He was a member of the Church of Jesus Christ of Latter-day Saints and they were married in the Salt Lake Temple.  He is survived by his four daughters and son, Laurie Lefevre (Ken), Julie Wagner (Darryl), Kathie Kagan (Walt), Amie Lyon, and Stewart King.

Dad had a great love for his family (including many grandchildren and great grandchildren).   He always spoke kind words about everyone.  He accepted all people with love and welcomed them to his home with a jar of candy.  While his family was growing up, there were always extra people staying at the house - whether you were family or friends, everyone was welcome.  He was an amazing machinist and could fix or repair anything.  He made a camper out of an old tool truck, and the family camped, fished and hunted with all involved having fond memories of the outdoors.  He built his dream home doing as much as he could by himself in Bluffdale Utah. He always enjoyed visiting Teasdale where he spent his childhood and had extended family ties. We all have so many great memories of his life, and he will be greatly missed.

Graveside service will be held:

To order memorial trees or send flowers to the family in memory of Dean King, please visit our flower store.