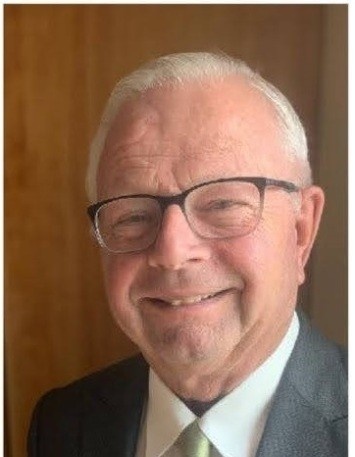 David Lyle Zolman Sr. died peacefully at home on March 31, 2022 surrounded by his beautiful wife, many children, and grandchildren.
David was born the fourth of eleven children, and the first surviving child, to Marjorie Ellen Abbott and Arthur Franklin Zolman on June 15, 1947 in Spokane, WA.  Shortly thereafter, he moved with his parents to Glendive, Montana, until he graduated from Dawson County High School in 1965.  At just 9-years-old, the sister missionaries from the Church of Jesus Christ of Latter-day Saints knocked on his door. Dave and his mother joined the church, which brought a glimmer of hope to his otherwise difficult childhood. As the first missionary from the Glendive branch, he was honored when the branch president, Tuffy Whitmer, mortgaged his farm to pay for Dave’s two-year mission to the Southern States from 1966-1968.  There his love for truth turned into a burning and abiding faith in Jesus Christ and the restored gospel.
Dave returned to his family’s new home in Great Falls, Montana before leaving again to pursue higher education at BYU.  Lee C. Nelson, a member of the Great Falls Stake presidency, who gave him an honorable release from his mission, suggested he look up Lee’s daughter, a BYU freshman. He found Sheila Eve Nelson and they quickly fell in love, although it wasn’t until the third proposal she agreed to marry him. They were married in Great Falls, MT April 24, 1970, and sealed in the Idaho Falls Temple one year later.  They both graduated from BYU in 1972, and two weeks later they had their first of nine children, whom he is humbly survived by: Aleisha (Austin, TX), Melissa (Matt Ogden; Temple, TX), Steven (Annie; Alpine, UT), Amanda (Jeff Haun; West Jordan, UT), Natalie (Niels Griffith; Herriman UT), Laura (Ben Lopshire; Buda, TX), Julia (Ben McMillan; Murray, UT), John (Conliegh; Eagle Mountain, UT), David Junior (Camille; Hurricane, UT), and 33 grandchildren.
Dave and Sheila settled in Taylorsville Utah, where they raised their nine children, keeping and collecting friends along the way.  He loved participating in his kids’ activities, sports, and performances.  Daddy Dave could be heard cheering from the outfield.  Wins, losses or good grades were often celebrated with a run to Leatherby’s or Baskin Robbins where he was known by name.
Filled with the Spirit of Elijah, Dave loved his 47-year career as a family historian. He also enjoyed his service in the Utah State Legislature from 1996-2000 where he valiantly spoke out for the underdog.
With his electric personality, and genuine interest in everyone he met, Dave will be remembered for making each person, young and old, feel loved and seen. He had an uncanny knack to remember names and life details.  Grit and tenacity defined all his endeavors. His passion for life, the gospel, golf, BYU sports, and teaching youth Sunday School kept his life interesting and exciting.  Among his many titles, Grandpa was his favorite.  Gold dollars for birthdays, road trips, and unexpected drop-ins made each of them feel like the most important person to walk the Earth.
In 2021, Dave fulfilled one of his last promises to his bride of 51 years: a full-time senior mission. Called to the Texas Austin Mission, Sheila and Dave lovingly served in the Marble Falls Ward.  They provided meals, phone calls, a listening ear, and valiant testimonies of the Savior.  The young elders loved going to lunch with Elder Zolman almost as much as he loved treating them.  After just seven months of service, their time was cut short by the unexpected discovery of an aggressive kidney cancer.  In 8 weeks’ time, he made his final transfer to his heavenly home.  He is reunited with his siblings, parents, and many friends who went before him.  Although his death leaves an enormous hole in the lives of those he has left behind, we are comforted to know that he felt complete and ready to take on his newest title as Guardian Angel. Up to the very end, he was intensely grateful for all the love shown to him and his family.
Join us at 5550 S 1327 W Taylorsville UT 84123 for his viewing April 5, 2022 from 6:00-8:00pm or Wednesday April 6, 2022 from 9:00-10:30. Funeral Services to follow at 11am.
In lieu of flowers please consider donating to TinyHero, a 501(c)(3), in honor of Dave’s CDH surviving grandson, Adam. https://www.tinyhero.org/donate .
Join virtually HERE https://us02web.zoom.us/j/83471947921?pwd=RHRER2J1L0JjcFhwbjgwR0ZwbDJXdz09
To order memorial trees or send flowers to the family in memory of David Zolman Sr., please visit our flower store.