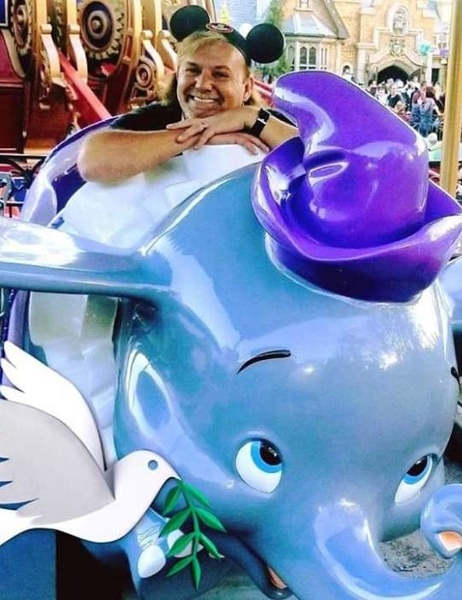 Our loving husband, brother and fried, David L. Shankerman-Cambra, 52, passed away September 19, 2019 surrounded by his family, in Salt Lake City, Utah from complications from surgery.

David was born on January 27, 1967 in San Leandro, California, the son of Harvey Leon Fletcher and Shirley Mae Cambra Fletcher.

David was raised in Carbon County, Utah. He graduated from Carbon High School in 1985. David participated in marching band and just loved anything associated with music and drama.

David met Jason Shankerman Apri 29, 1999 they were inseparable. Jason and David moved to Hawaii and lived there for five years. David loved Hawaii and loved the beach. David worked for Norwegian Cruise Lines and Duty Free Shops. They moved back to Salt Lake City, Utah and David played for the Murray Symphony.  David worked for Lagoon Amusement Park for many years. He Loved operating the rides and all the people that visited Lagoon just loved David and his sense of humor.  David was a huge fan of Disney and his favorite Disney character was Dumbo.

Everyone that knew David loved him. He had charm about him that was so rare. You never knew what  to expect from him. He had the most unique sense of humor that was unlike any other.  David will be deeply missed.

David is survived by his husband, Jason L. Shankerman; his brother Walter Alan Fletcher, and by many aunts, uncles and cousins. He is also survived by his Ape Sisters, Karolyn Mortensen and Shari Gibson.

Per David’s request no services will be held.

May he rest in peace and rise in glory.

To order memorial trees or send flowers to the family in memory of David Shankerman-Cambra, please visit our flower store.

No services to be held