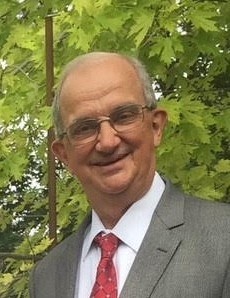 Our beloved husband, father, brother and grandfather Daniel James Harps, peacefully returned to his Father in Heaven on September 8, 2019. He fought diligently to recover after suffering a massive stroke in April.

Dan was born September 25, 1944 to Arthur and Beth Morris Harps in San Bernardino California. He found and joined the Church of Jesus Christ of Latter-day Saints when he was 22. He graduated from BYU-Hawaii Magna Cum Laude. He was married and sealed to the love of his life, Bonny Howard in 1969 in the Los Angeles LDS Temple. Together they raised ten children. Dan, a beloved son of God, loved the Lord and was a faithful member of The Church of Jesus Christ of Latter-day Saints. He served in many ward and stake callings, including Bishop of the Granger 14th Ward. He worked at UTA from 1979-2010 and retired as Comptroller. After retiring, he and Bonny served two missions. One in St Petersburg Russia and recently finished serving in the SLC South Mission Office.

Scouting was important to Dan. He encouraged and supported his sons to earn their Eagle Scout Awards as he did.  He was well known for his playful nature and initiating family water fights. He loved the outdoors and spent much of his free time in his yard and garden.

Dan spent his life selflessly serving others. He was devoted to his family and loved playing with his grandchildren.

We would like to thank the workers at St Joseph’s Villa, IMC, Kioa and Karl Mahe, and Onecare Hospice for their compassionate care in his last months of life.

To order memorial trees or send flowers to the family in memory of Daniel Harps, please visit our flower store.