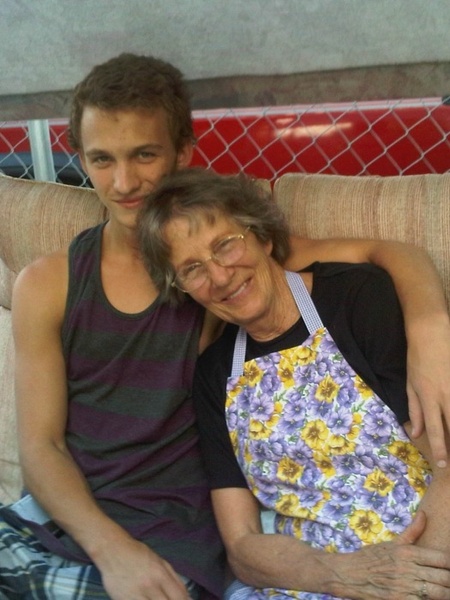 Cynthia “Jane” Brown Anderson - Loving Mother, doting Grandmother of 26,  proud Great Grandmother of 63, Sister and Friend. She graduated Bountiful  High School and was also an attendee at the University of Utah. In her youth she  was voted Queen of the “Cantaloupe Days” parade, something her husband  was very quick to boast. Between college and starting her family, she was proud  to have had the opportunity to work at Hill Air Force Base.

Mom peacefully passed away on June 5th, surrounded by loved ones.

Mom was an artist, author, and local historian. She was a lifelong active member  of the Church of Jesus Christ of Latter-Day Saints and happily served in many  Ward and Stake callings.

In 1958, she married her sweetheart, Albert Vardell “Andy” Anderson, in the Salt  Lake Temple, and together they had six children, and remained married for 55  years until his passing in 2013.

Mom was born in 1937 to Blanche Grace Denison and George Edward Brown in  Centerville, Utah. Her life-long love for that beautiful, small town of her  childhood, was manifest through years of study, research, interviewing,  replicating, and documenting its history. Her home is filled with many paintings  of historical sites, binders filled with years of research, and reproduction models.  She was co-author of the book “Centerville Utah, an American Home town.”

Mom will be sorely missed by her grandkids, who call her the “Greatest  Grandma in the world!“. She was preceded in death by her husband, parents,  grandson Hayden, great grandson Ethan, and several nephews.

To order memorial trees or send flowers to the family in memory of Cynthia Jane Anderson, please visit our flower store.