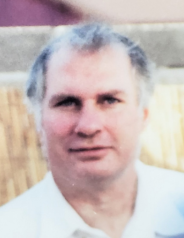 Craig was born Aug, 20, 1960. He attended West High School, Craig worked as a roofer in his early adult years, later working at Alliance House where he made many friends whom he considered his family. Craig was known for always telling jokes.

Craig is survived by his sisters, Sherrie R. Hendricks King and Jan D. Hendricks as well as Aunts, Uncles, Cousins, Nieces and Nephews. Craig was dearly loved and will be missed by all.

Graveside services will be held on Friday, July 12, 2019 at 3pm. Elysian Gardens 1075 E. 4580 S. Millcreek, Ut. Followed by a celebration of life at 2700 S. 300 E. Church Of Jesus Christ of Latter Day Saints Cultural Hall at 5pm. A light dinner will be served at that time. Family and friends are invited to attend.

The family would like to offer a special thank you to the Salt Lake City Police Department for their compassionate services during the welfare check they provided. Also to the Central Park Relief Society, Independent Funeral Services, Frank Coon and all family and friends who provided love and support at this difficult time.

To order memorial trees or send flowers to the family in memory of Craig Hendricks, please visit our flower store.