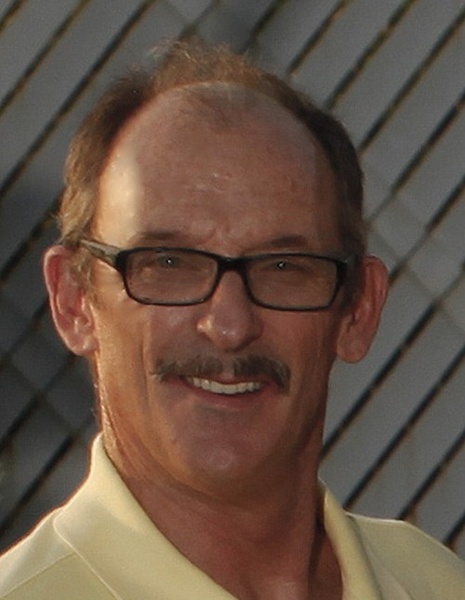 Performing his most spectacular and final disappearing act, Craig Alan Dransfield, better known in his earlier years as the Great Dranzini and Al Durango, the Comedy Cowboy Magician, departed this existence May 4, 2020, surrounded at home by his most adoring audience, his family.

Craig was a favorite from the day he was born December 10, 1957, in Arco, Idaho, as the sixth of seven children to Frank Ronald and Norma Mason Dransfield, first with his constant smile, adorable dimples and family goofing, and later as a skilled magician and comedian in theaters and other venues throughout the West.

Always inquisitive and an adventurer, his childhood was filled with camping trips, go carts, unusual pets, exploring, and rummage sales, the latter of which seeded a life-long hobby of “treasure” hunting at flea markets, yard sales, pawn shops and thrift stores. His childhood violin teacher rewarded his musical achievements with magic tricks. Craig never could play the violin (properly), but he became an accomplished magician.

He attended elementary school in Pocatello, Idaho, and moved to Dana Point, California in 6th grade – one of 15 moves the family made before he graduated from Marsh Valley, (Idaho) High School in 1976. Marsh Valley was the last of five high schools he attended.  In school Craig excelled in drama, track & field, laughs and friendship. He later attended Ricks College, to the great amusement of his roommates.

He faithfully served as a missionary for the Church of Jesus Christ of Latter-day Saints, speaking Spanish in the Texas, San Antonio Mission.  Craig loved the people and language and never missed an opportunity afterwards – in grocery lines, restaurants or on the street –to habla el idioma to anyone who resembled Latin heritage, and sometimes even those who didn’t.

Craig lived to entertain and to bring people joy regardless of age or circumstance. Whether it was during a child’s bath time, a school or church classroom, a family reunion, a wedding, or in front of a large, paying crowd, he made it his mission to make people truly enjoy themselves. Some of his most memorable public performances were in the Jackson Hole Playhouse as a young entertainer, where he hosted nightly shows as Al Durango, the Cowboy Magician, clad in furry chaps (known as Liberace’s underwear), a ratty cowboy hat and boots complete with a six-shooter. He often brought his audiences to tears of laughter with his quick wit, comedic improvisations, clever gags and hilarious, unforgettable facial expressions. He also sang, danced and acted in the playhouse productions.

While in Jackson Hole, he worked at a photo finishing lab that he eventually became a partner with the owner when they opened in Salt Lake City.  He worked in photo finishing for many years. He was a natural tinkerer, mechanic and fix-it artist, which later led to a career as a photo processing equipment technician and most recently as a commercial appliance technician for Hobart.

Craig married Dianne Muhlestein on September 7, 1985 and was later sealed in the Salt Lake LDS Temple. Together, they raised three boys and two girls in West Bountiful. He loved everything about his children, treasured having them around him, and wanted nothing more than to make them feel special and to share his enthusiasm for life. His grandchildren were the whipped cream with a cherry on top.

A lifelong kid at heart, it was not uncommon, for example, for Craig to run a hose from the kitchen hot water faucet outside to the hot tub in winter, adding Mr. Bubbles until a mountain of foam covered any signs of the giggling bodies inside. He loved amusement parks, bringing his special “Mary Poppins” bag of pampering supplies for when the kids got tired; birthdays, doting on his children with first class attention, making fun and elaborate cakes, often extending the celebration well beyond the actual day; soaking in a hot tub or even better, a mineral hot springs; and surprises, both giving and getting. He never turned down the opportunity to play a game – especially ping pong and chess – or to have an impromptu party.  He wasn’t just the life of the party. He was the party.

Craig was generous with what he had – others always came first – and possessed a gentle, caring and compassionate heart like his father. He never complained or spoke ill of others, even as cancer ravaged and eventually stole his body. He was a perfect son, attentive husband, fun and loving dad, proud and playful grandpa, favored uncle, irreplaceable brother, master entertainer and cherished friend.  He loved and was loved.

Craig is survived by Dianne, his wife of 34 years, children Cameron (Katrina), Austin (Caitlin), Sean (Katelynn), Vanessa and Cindy; grandchildren Liberty and Flynn; siblings Steve, Carol Ann, Roger (Jennie), Paul and Debbie (Bruce) Richardson; and dozens of adoring nieces and nephews. He is preceded in death by his parents and sister Linda Kay.

A viewing will be held at the Dransfield residence from 10am to noon, Saturday May 9th.  Afterwards there will be a private family graveside service at the Bountiful Cemetery located at 2224 S 200 W.

To order memorial trees or send flowers to the family in memory of Craig Dransfield, please visit our flower store.