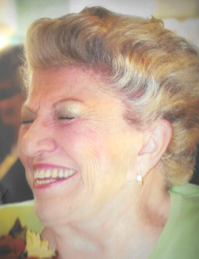 Corinne was born to her parents Joseph A. Ridley and Florence V. Richards on September 16, 1925 in Plainfield New Jersey.  As a child she was known as Corinne Lois Ridley.  She and her brother Joseph Ridley Jr. were raised in Allentown Pennsylvania where she attended Allentown High School and later Penn State college.  While attending summer school at Cornell she met her husband and the father of her children, John (Jack) Spransy. They were married in Ithaca, New York on the Cornell campus in 1949 and Corinne became Corinne Ridley Spransy.  They began their family in Milwaukee Wisconsin in 1950.  Jack passed in 1965.  Corinne remained in Milwaukee until 1969, then moved to Santa Barbara California with three of her four children, Jean, Abigail and Peter.  Her oldest son, Joe remained in Milwaukee preparatory to serving his mission in England. While living in Santa Barbara Corinne worked as the Finance Manager for the Rayne Corporation.  She met and married Sigfried Johnson in 1972 and became Corinne Spransy Johnson.  Though the marriage did not last, Corinne remained Corinne Spransy Johnson.
Corinne lived in Santa Barbara until 1990 when she moved to Salt Lake City, Utah.  She passed quietly in the night on January 30, 2019, She died at 93.  Corinne Ridley Spransy (Johnson) is survived by her four children Joseph, Jean, Abigail, Peter, and 15 grandchildren, 27 great grandchildren and 5 great great grandchildren.

To order memorial trees or send flowers to the family in memory of Corinne Spransy, please visit our flower store.