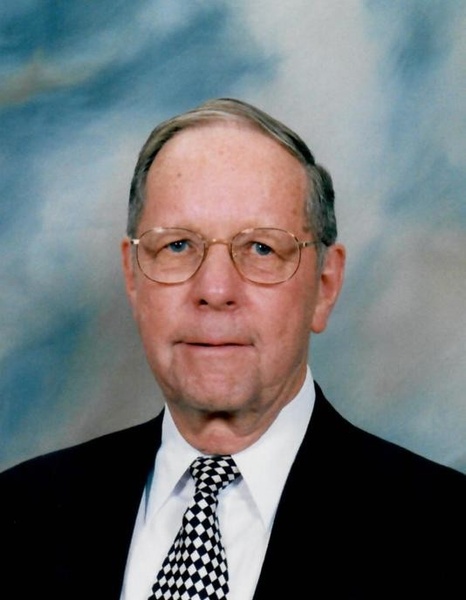 
Clifford Wayne Smith, son of Clifford Wallace Smith and Elveda Cherry Smith, passed away peacefully on Tuesday, May 8th at the age of 90.
He grew up in St. Anthony, Idaho, on the border of Yellowstone Park where he developed a love of nature that he carried with him throughout his life.
As a young man, he served in both the Air Force and the Marines followed by a full-time mission for the LDS church in Paraguay and Uruguay.
Upon his return, he met the love of his life, Sylvia Jean Horowitz. They married in the Idaho Falls Temple on June 2, 1954 and had 4 incredibly attractive and charismatic children.
Wayne graduated from Utah State University with a bachelors degree in business. He spent the first half of his career managing JCPenny stores throughout the western United States, and spent the second half of his career as VP of Business at Utah State University.
Wayne was a renaissance man with a passion for sports, art, and poetry. He spent many days running his grandkids through track and basketball drills. He always had a meaningful art project he was working on that he would give away to someone he loved. And he has hundreds of pages full of poetry dedicated to his love, his life, and his Lord.
In his spare time, Wayne enjoyed fishing and camping with his family. Whenever his lure was in the water with his loved ones were near by, and he couldn’t help but show off that unmistakable crooked smile.
Later in his life, Wayne and his wife, Jean, served as missionaries for their church at the LDS Humanitarian Center and the Conference Center and the Church Office Building. When they weren’t spending time with their family, they were serving their God.
Through his life, Wayne taught us how to serve, how to work, how to love, how to laugh… and how to wear deodorant. To say he will be missed is an understatement. We are so glad death is only a brief intermission between our meetings.
Wayne is survived by three of his children, Shane Smith (Liz Smith), Peyton Smith (Wendy Smith) Daughter in law Koralie. and Camille Bagley (Craig Bagley), as well as 16 grandchildren, and 28 great-grandchildren,  We know his wife, Jean, and son, Carr are excited to be reunited with him again.

To order memorial trees or send flowers to the family in memory of Clifford Smith, please visit our flower store.