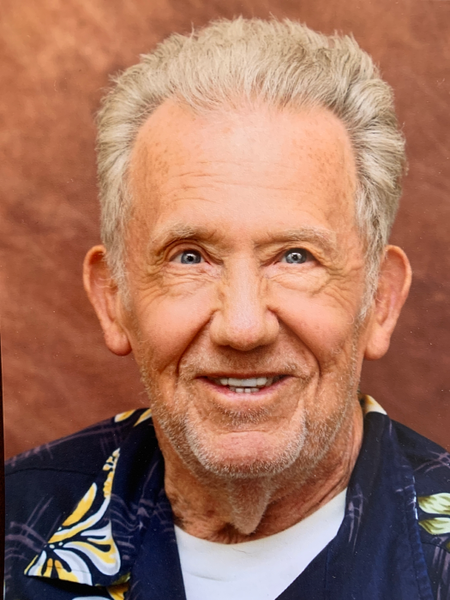 On Tuesday, April 19, 2022, beloved Charles Arthur Geurts, mostly known as “Artie,” passed peacefully into the loving arms of his Savior Jesus Christ.  Artie, devoted husband, father, grandfather and great grandfather, was born October 27, 1935 to Charles Geurts and Margaret Annie Giles Geurts in Salt Lake City, UT.  He attended the old South High School and graduated from the University of Utah with degrees in civil engineering and psychology.  Artie met and married his Heart, also known as Phyllis Rae Hansen, the love of his life, on March 18, 1956.  Their union was later solemnized in the Salt Lake Temple.  Heart and Artie are the parents of nine children and have been blessed with an abundant posterity.  He was employed by Salt Lake City as City Traffic Engineer and by the State of Utah as a Safety Engineer, where he was responsible for development of the traffic accident records program.  Upon retirement, Artie served as an expert witness in many traffic-related court cases.

A faithful member of the Church of Jesus Christ of Latter-day Saints, Artie served in many Church callings, including Bishop, High Councilor, Missionary and Scoutmaster.  As missionaries serving in Hawaii, Heart and Artie came to know and embrace the Spirit of Ohana, which remained for them a guiding light for the remainder of their lives.  Artie was an avid scouter, who served in multiple, mostly behind the scenes, capacities for which he was awarded the Silver Beaver.  He also had a distinguished career in the US Military, retiring from the US Army Reserves as a Master Sargeant.  Still, his most remarkable service was rendered within the walls of his home.  “The Family” was always the primary driver in Artie’s life; his life revolved around us.

Artie is preceded in death by his beloved Heart, by daughter Kathryn Rae Mattox and son Paul Charles Geurts, as well as his parents.  We have no doubt that Artie and Heart are now basking in each other’s company, while renewing and strengthening ties with these and other beloved family members. Artie is survived by his brother William, children Bryan (Rebecca), David, Jerry (Kim), Jim (Cheri), Jennifer (Eric Bowman), Leslie (Tom Flores), and Phil (Adriane), and by Mark Mattox, beloved son-in-law (husband of Kathryn).

Artie was well-known for his wit and wisdom, often citing his favorite maxims, such as “It is what it is,” and “I’m old, but I’m slow.”  He applauded our efforts with “7 attaboys and 16 way-to-go’s.”  In departure, he almost invariably left us (and we will leave it for you) with “Bye, bye, buy bonds.”

To order memorial trees or send flowers to the family in memory of Charles (Artie) Geurts, please visit our flower store.