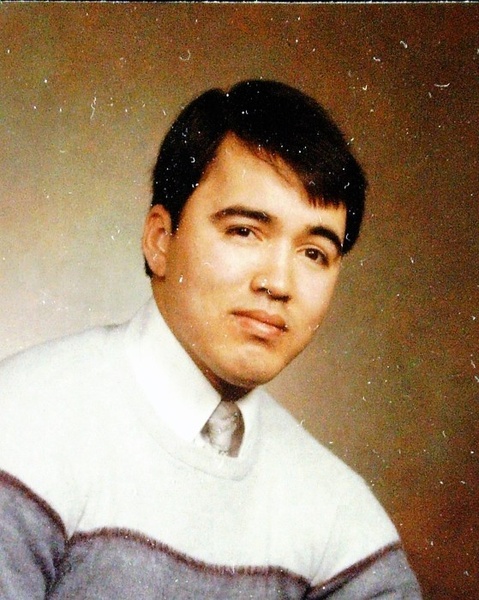 Charles Gerald Ermatinger, age 56, passed away peacefully on January 7, 2017 surrounded by his family in Ogden, Utah.  Charlie was born on July 18, 1960 in East Meadows, New York.  He was welcomed into this world by his parents, James G. Ermatinger (Senior) and Vera Aina.  He was the fifth child out seven children.

Charlie graduated from Marina High School in San Leandro, California in 1978.  At age 18, he served his country by joining the U.S Army from 1978 to 1982.  He was stationed in Germany and Kansas.  In 1984, Charlie received his Associate’s Degree from South Oklahoma Junior College.  He served an 18-month mission in Anaheim, California for the Church of Jesus Christ of Latter Day Saints.  He also attended Weber State University and worked with second graders as part of his student teaching.

Charlie lived the majority of his life in Utah.  In his younger years, he lived in places such as North Carolina, Mississippi, California, Hawaii, Guam, and Minnesota.  He was a chameleon of professions that included, AOL, helping his brother at Ally’s Pizza, and working as a full-time truck driver traveling all over the United States.

Growing up, Charlie was a happy child, very playful and loved his family.  He enjoyed school, sports, and his friends.  He played Little League Baseball and Wrestled quite a bit through High School and was nicknamed the Crusher.   He also played football with his siblings and was always up for a game of Chess, Hearts, Risk and games of chance.

He was a movie buff and was very keen on 50’s and 60’s music.  He also liked an array of TV shows, performing arts, eating out, reading, trivia, and cooking.   His favorite movies were Disney’s Beauty and the Beast, French Postcards and he was fond of the song, Danny Boy.  Charlie loved anything that involved his family and friends.  He loved to playfully tease his nieces and nephews as well as his grand- nieces and nephews.  The joy of his life was spending time with his daughter, Evyn-Marie and venturing to Disneyland with her.  Charlie had a strong memory and could remember many facts and details when it came to history, politics, and people’s names.  He had a good sense of humor, was generous with his time, and gave good advice.

Later in life, Charlie struggled with diabetes, neuropathy in both legs, and was faced with many challenges when he became legally blind, but he still embraced life.  He was very sociable, cherished life, and shared many stories about his family, especially stories that involved his dad and grandfather.  During the last three years of his life, Charlie spent time with his best friend Ray.  They ate lunch at the Senior Center in Riverdale, went on rides around Northern Utah, lower Idaho and western Wyoming and attended services at the LDS church.

He is survived by his mother, Vera.  His five brothers:  James (Lilian), Rex (Rita), Alex, Bryan (Donna) and his one sister, Janice.   He is also survived by his daughter, Evyn-Marie Bishop, seventeen nieces and nephews, seventeen grand-nieces and nephews, and many aunts, uncles, and cousins.  He was preceded in death by his father.  Our fondest memory of Charlie was his ability to strike up a conversation with anyone, anytime, anywhere and his great storytelling skills.  He will be remembered as a loving brother, devoted father, playful uncle and a faithful servant to Heavenly Father.

To order memorial trees or send flowers to the family in memory of Charles Ermatinger, please visit our flower store.