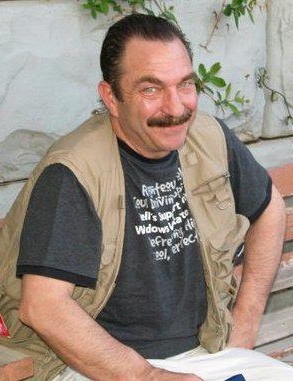 
Our beautiful (inside and out) husband, brother, uncle, nephew, cousin and friend, Chuck Eason, died unexpectedly on April 26, 2018 at 10 PM, at the University of Utah Hospital, from a head injury following a heart attack.

Chuck was born, Charles Bynum Eason Jr., on Oct. 15, 1952, to his parents Charles Bynum Eason Sr. and Janet Marie Eason (Thompson) in Tacoma Park, Maryland.  Throughout his life he was known as Chuck, or Chuckie (growing up).   When he was three, the family moved to Orlando, Florida.  In 1958 they moved to Porterville, California.  He attended Sierra View Junior Academy into third grade, until the family moved to Glendale, California, where he attended Glendale Adventist Academy through eighth  grade.  In May 1961, and August 1962, Chuck became a big brother to his sister Kathi, and brother Larry.  The whole family moved back to Porterville, CA, where he attended Porterville High School.  Chuck later got his GED in Salt Lake City Utah.  From high school, Chuck had a variety of jobs, always a hard working, conscientious and valued employee.  He found his passion in computer technology, and received his education at Western Technical College in Van Nuys, CA, July 1987-1988.  Chuck was very intelligent, and had a gift, and a love, to help people understand technology without making them feel inferior.  Chuck became Microsoft certified, an important certification in his line of work.  Chuck worked for Packard Bell, 1988-1998, initially in Northridge, CA until the company moved he and his wife, Florence, to the Salt Lake City area, following the 1994 Northridge earthquake.  After working at Packard Bell, Chuck had a variety of computer tech jobs, including customer support for Direct TV and Microsoft Retail Stores.  Chuck found his niche at Discover (card) in production in 2013, and became a permanent employee, March 2015 until his death.  Chuck really enjoyed his work and the people he worked with.  He never wanted to miss a day of work!  He was a valued employee (and coworker), and would frequently bring home some reward for a job well done.

Chuck met the love of his life, Florence (who is originally from the Philippines), and they were married in 1991.  They have been happily married 27 years.  He was a very caring, loving, trusting and supportive husband.

Chuck was himself very independent, yet always respectful of the view of others.  He was very kind, gentle, caring, helpful and giving.  He had a heart for people and they were naturally drawn to him.  Chuck lived his life simply.  He was spiritual, and had a belief in a persons ability to heal themselves.

Chuck enjoyed mineral hot springs, and the mountains.  He was an accomplished pianist, and had a beautiful singing voice.  Chuck enjoyed playing golf.  He was a very talented artist, with an eye for design and details.  He liked to “tinker”, whether fixing up an old beat up RV or building computers.  He was creative in many ways.

Chuck was preceded in death by his parents and grandparents.  He is survived by his wife Florence, sister Kathi (David), brother Larry (Wendy) and their families, Uncles (who were like brothers) and cousins, as well as his friends and coworkers at his Discover “family”.  He will be greatly missed by all who knew and loved him.

Please consider donating to a nature conservation group, one that supports environmental protection, or those that help injured veterans (Disabled Veterans of America or Wounded Warriors) in his memory.

To order memorial trees or send flowers to the family in memory of Charles Eason Jr., please visit our flower store.