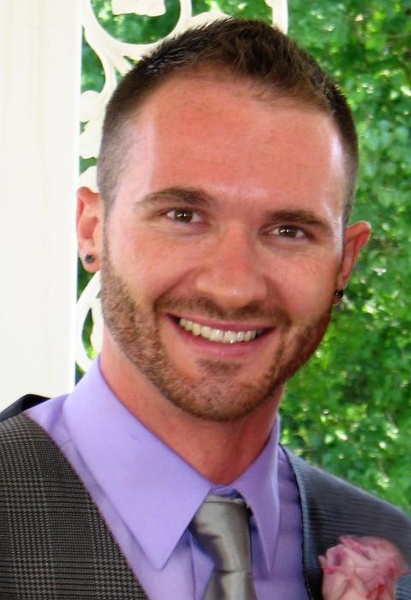 Bradley Craig Beckstrom, 30, our loving son, brother, and friend passed away unexpectedly early Saturday morning. He was born on July 23, 1986, to Craig and Kristy Beckstrom of Bountiful, Utah, where he lived throughout his life. As a boy, Brad enjoyed riding his bike, skateboarding, snowboarding, and generally doing whatever he could to keep us on our toes and the local emergency room in business. Brad was proud to have graduated from Woods Cross High School in 2005, and felt a strong desire to serve the community he loved.  He subsequently enlisted in the United States Army after graduation.

Brad was an excellent worker who most often showed his love through service.  A skilled handyman, Brad would routinely go about fixing everything from sprinkler heads to automobiles to electrical systems, simply because he could; and he knew that we needed it. He was an answer to prayer for many through this service.  Brad was also a self-taught musician who sang and played the guitar with heart and soul, and he enjoyed sharing his many talents.

Brad married Kira French on July 4, 2013, in Bountiful, Utah, and was overjoyed to become a father to Chardonnay, Arianna, and Phoenix. He truly loved them as if they were his own. Brad enjoyed working with his brothers and his cousin, Josh, who carried him through many of the darkest times in his life. He loved the outdoors, enjoyed fishing, and would never turn down an offer of candy, chips and salsa, or a chance to play with his nieces and nephews.

Brad is preceded in death by his grandparents, Loren T. Honeycutt Sr. and Bernice Honeycutt, and his sister-in-law, Jennifer Beckstrom.

Memorial services will be held on Thursday, March 23, 2017, at 11:00 a.m. at the LDS ward house at 3707 South 800 West in Bountiful, Utah.  The viewing is scheduled for Wednesday, March 22 from 6-8 p.m. at the church, and once again at 10:00 a.m. Thursday morning prior to the service.  Interment will be at Bountiful City Cemetery.  In lieu of flowers, the family is requesting donations be made to the Bradley Craig Beckstrom Memorial Fund at the link below to help offset unexpected funeral costs.

To order memorial trees or send flowers to the family in memory of Bradley Beckstrom, please visit our flower store.