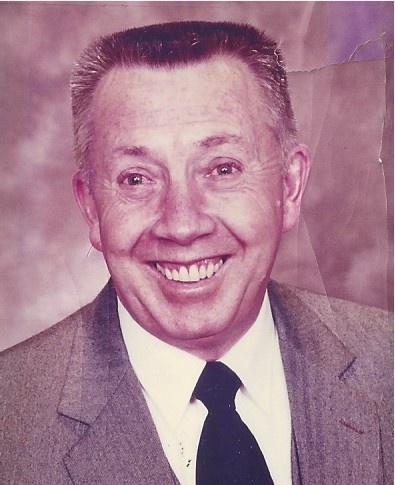 The youngest of eight children and one of two sons, Boyd graduated from Provo High School just prior to entering the Navy during World War II.  During his service, he was stationed at Alameda Naval Hospital in Oakland as a Navy Corpsman.  After the war, Boyd enrolled at the University of Utah and graduated from the newly created School of Pharmacy in 1951.   A year after Boyd graduated from the U, Boyd and Joyce opened their own pharmacy in South Salt Lake.  A&G Pharmacy was a team effort for Boyd and Joyce, with both of them working in the store in the early years.  Ten years later, they moved their family and pharmacy to Taylorsville and became the first pharmacy in the Taylorsville community.  Even after selling the pharmacy in 1989, Boyd worked as a pharmacist well into his 80’s.

Boyd was an active member of the LDS church and enjoyed serving others.  He was the happiest when he was helping someone else. He also enjoyed fishing, hunting, and pretty much anything related to the outdoors – particularly if it was at his cabin at Flaming Gorge.  He loved to garden and one of his favorite treats was walking out in the morning and picking a fresh tomato for breakfast.

Spending time with family was his greatest love.  He cherished time spent with his wife, children and grandchildren.   Boyd and Joyce have three sons, David (Cathy), Steven, and Kevin (Liz) and ten grandchildren Travis, Emily, Axel, Matt, Jessie, Dan, Mike, Vanessa, Courtney and Joey, and two great-grandchildren Bennett and Bronwyn.  The family wishes to express their sincere appreciation and gratitude to Melissa and Clint Smith, John Beal, neighbors, family members and team members of Hearts for Hospice.  Also a special thank you to countless caregivers at the VA Hospital in Salt Lake City who added years to Boyd’s life.

To order memorial trees or send flowers to the family in memory of Boyd Anderson, please visit our flower store.