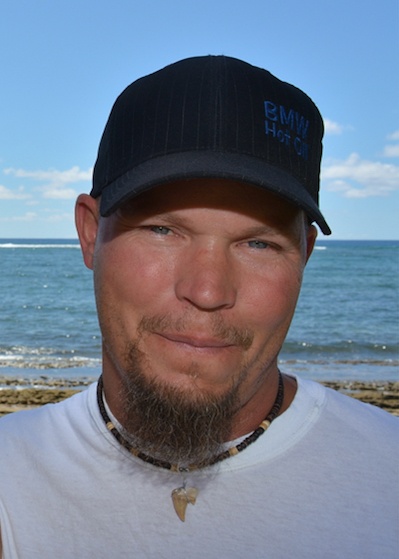 It is with great regret and sorrow that we must let everyone know that our father, husband, grandpa, son, brother and best friend has passed. On March 5, 2017 Blaine David Wilkerson’s journey on earth ended suddenly so he could be with his Heavenly Father. Blaine graduated from Payson High School in 1998 then served his country in the United States Army Reserve, graduating from Fort Benning, GA boot camp in September 1999. Blaine later married his high school sweetheart, Jamie Mittelman, after they both realized they were always meant to be together. Blaine was an avid hunter & fisherman, he loved riding his Harleys and dirt bike where he felt free.

In addition to leaving his loving wife; Jamie, Blaine also leaves behind 2 sons, 2 daughters and 2 grandchildren; Kayden, 17 and Tytus, 12, Jeracho, 20, Tèa, 20, her husband Brandon Carrell and their children Traven, 3 and Brinley, 1.  Blaine is also survived by his mother and father; Steve and Lila Haws of Payson, his grandmother Gayle Reece of Payson, his sister Kara, her husband Adam, their 3 children and his brother, best friend and hunting buddy Dustin Haws, Dustin’s wife Melissa and their 3 children.

Blaine was preceded in death by his Father David Wilkerson of Orem, his grandparents Max Blaine Reece, LaVar and Anne Wilkerson. Blaine also leaves behind many loving and caring uncles, aunts, and cousins. We will all miss Blaine, but will always remember how he lit up our lives.

On March 18th  2017 at 4 pm Jamie, Kayden, Tytus, Tèa, Jeracho, Lila, Steve, Dustin and Kara would like to invite all of Blaine’s family and friends to join us for dinner and a celebration of his life at the Payson City Center, 350 West Utah Avenue, Payson Utah. We honor Blaine and share some stories of the joy he brought to all of us.

In lieu of flowers the family is asking that you donate to one of the listed charities in Blaine’s name to honor him and his time on earth.

To order memorial trees or send flowers to the family in memory of Blaine Wilkerson, please visit our flower store.