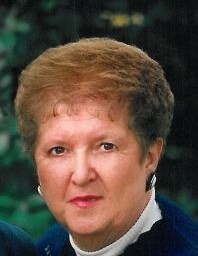 Our dear “spouse,” mother, sister and friend, Billie Lu Bagley of Richmond, Utah, peacefully passed away on August 24, 2019, at the Riverton Utah Hospital at the age of 86, after a brief illness.  In true fashion, she was surrounded by that which was most important – her family.

She was born in Richmond in the home of her grandparents on December 9, 1932, to Thelma Bair and Alonzo (Tobe) Doane, the oldest of three daughters.  She attended Park Elementary School, Lewiston Junior High, and graduated from North Cache High School in 1951.

Billie Lu was an active member of the Church of Jesus Christ of Latter-day Saints.  She served others in many capacities and blessed the lives of many.  One of her greatest joys was serving with her husband in the Logan Temple for 3 years as an Assistant Temple Matron and 17 years as an Officiator.  She was also an active member of the Utah Daughters of the Pioneers and the American Legion Auxiliary.

Music was a special gift, she was an accomplished pianist/organist, taught music at Summit Elementary School, and gave private piano lessons.  She accompanied many singing groups, soloists, funerals, and ward choirs.

Most important to her was being a wife and mother.  She is survived by her husband of 67 years, her children, their spouses, and grandchildren, and one sister, Judy (Lynn) Greene of Logan, Utah.  She is preceded in death by her parents and one sister, Faye (Reed) Griffiths.

The family wishes to express a heartfelt thank you to all who provided service and care for her.

To order memorial trees or send flowers to the family in memory of Bille Lu Bagley, please visit our flower store.