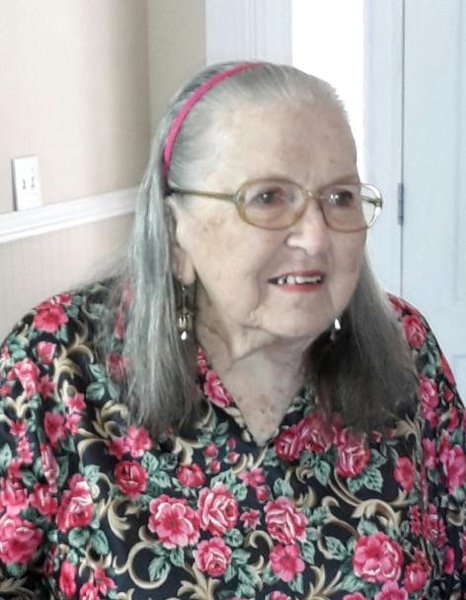 Betty Louise Smith 89, of Salt Lake City Utah went to rest in the loving arms of the Lord at 12:25 AM on May 18, 2019 surrounded by her loving daughters and granddaughter.

Her home was always welcoming to friends and strangers alike.  There was always room for one more at her table. She loved reading books and entertainment magazines as well as working crossword puzzles.  She enjoyed keeping up with family on Facebook and via text messages.

She was preceded in death by her parents; her brothers Bert Nesbitt, Richard Smith and Joseph Smith; her son, Dennis (Gabby) Hayes; her daughter Kathy Hayes Parker; her granddaughter, Annette Faustin Welch; and her great granddaughter, Tessa Hamel.

Mike’s family (all in California):  daughter Lauri Hayes and her daughters Candyce (mother of Rebecca, Joshua and Victoria) and Christina Skinner and her husband Daniel (their children Mason, Logan, Madison and Silas), Son Michael Hayes and his children Deanna James and her wife Kaylle; and son Anthonee.

Diane’s family:  daughter Angie Funk Moyer and her husband David and their sons Mitch and Josh in Greenwood, Missouri; son Craig Funk in Wilmington, NC;  son Shaun Manes and his wife Kati and their daughters Anna and Cassandra in Tulsa, Oklahoma; and daughter Mindy Manes Watson in Wilmington, NC.

At our mother’s request there will not be a funeral service.  At some time soon her ashes will be spread in an area she has designated and we also hope to share a private celebration of her life in the coming months.

We would like to thank One Care Home Health and Hospice of Draper which helped tremendously in her care at the end especially Reina and Jonathan.  We would also like to thank Independent Funeral Services.  In lieu of flowers, donations may be made to the above Hospice at 11576 S State St Ste 101A, Draper, UT 84020 in honor of Betty Smith.

To order memorial trees or send flowers to the family in memory of Bety Smith, please visit our flower store.